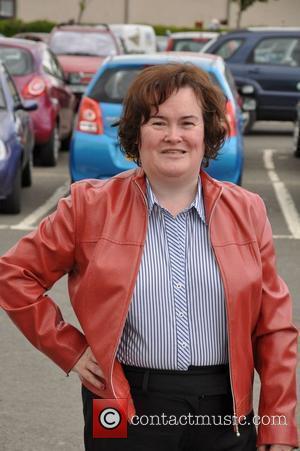 Susan Boyle lives in constant fear of squandering her fortune - because she has "no concept" of how much she has earned, according to her brother.
The Scottish spinster became a global phenomenon after appearing on U.K. TV contest Britain's Got Talent last year (09) and has since sold more than 8.5 million copies of her debut album, I Dreamed A Dream.
But her brother Gerry claims Boyle's millions are controlled by her management team, who provide the 49 year old with a weekly $450 (£300) allowance.
And Gerry admits his sister is "extremely distressed" over her finances, fearing she will lose all her earnings one day.
He tells Britain's News of the World, "When Susan realised she can't just walk into a bank and take out her own money she had a fit because she thought she was down to her last few quid (pounds).
"Her millions are ring-fenced but Susan has no concept of money. She was extremely distressed. She lives in fear of losing everything and returning to her old life before she made it big.
"Susan said to me, 'I've been told I get £300 a week because I'm a novice. I don't have the money to go and buy the furniture.'
"Susan is baffled about money. All she wants to do is sing... Susan isn't financially astute but she is worried about her situation... And she's got this paranoia that she's going to go back to square one, back to where she was before Britain's Got Talent."