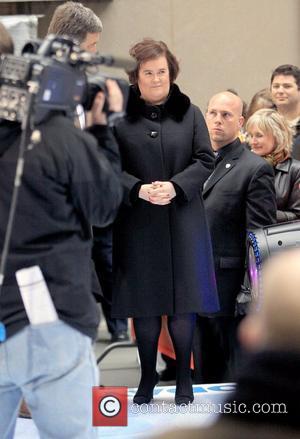 I Dreamed a Dream , the first record album by Britain's Got Talent sensation Susan Boyle sold 410,000 copies in the U.K. last week, setting a record for first-week sales of a debut album in U.K. history. "Everyone expected this to be a big record, but not as big as this," Martin Talbot, managing director of the Official Charts Company, which reported the figures, told the Associated Press. Gennaro Castaldo, a spokesman for the HMV record-store chain in the U.K., attributed Boyle's numerous TV appearances in Britain following her second-place finish on Talent , to the sales results. Fans have followed her career from the start, he observed, "so when the album comes out, quite a few of them will go out and buy the album, too."