If the Super Furry Animals were a building, it would have a great big blue plaque on it by now, in recognition of their unswerving dedication to being some of the smartest, principled and contrary buggers in British pop music. In the public's eye now for nearly 20 years since signing to Alan McGee's maverick Creation label, the Welsh quintet have rarely let anyone else's reality interfere with their own, the result being a history which is far from the orthodoxy of the rock and roll cliché. 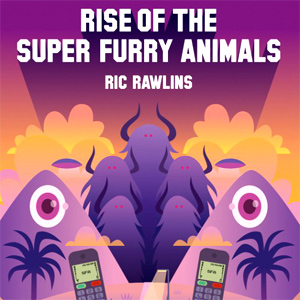 Ric Rawlins under those terms of reference had something of an open goal on his hands in getting this piece of work commissioned, but whilst 'The Rise Of The Super Furry Animals' is a highly engaging read - and recounted with a wit so dry it's practically Saharan - what should have been one of the year's elite music biographies falls short of greatness.

Where it does score is in redacting large chunks of the various band members' adolescences, usually the fodder secretly skipped by devotees of the form. Instead, we move briskly into lead singer Gruff Rhys' meeting with Daffyd Ieuan at a youth club music group which was stocked with five drum kits and little else, in which the seeds of the SFA's forerunner, Ffa Cofi Pawb (Translation: Everybody's Coffee Beans, apparently) were sown. Navigating the intricacies of both nationalism and identity, the band eventually renamed themselves in 1993 after ending up in Cardiff; by then configured in a forward looking Jamaican-style sound system clan, one which included the often pixelated actor Rhys Ifans and that was already blending pop psychedelics with the hedonistic throb of techno.

It was probably destiny - or the huge amounts of cash Oasis were throwing off - that ensured the band would sign to Creation. Rawlins then describes in a series of giggle-worthy anecdotes how they created some of the era's most inspirational music and mentalist PR stunts: McGee's punk ethos was the perfect foil to their mind expanded chaos, such that he sanctioned the establishment unfriendly "The Man Don't Give A F**k" as a single and let the band spend £8,000 on a tank. Yes, that's right. A tank.

It's this armoured vehicle which provides some of the book's finest moments, from oil spills onto the record decks welded inside to its next owner, but those tales battle with others about Japanese ghosts, obsessing with mobile phones at a cosmic level and hanging out with Andrew Loog Oldham in a South American pied de Terre, complete with hot and cold running militia. These stories would overshadow the actual musical output of lesser bands, but throughout Rawlins manages to capture the sense of wizardry which became SFA's stock in trade.

Things were going swimmingly then, until Creation's implosion and the need to find a new label. This process of truncation, sadly, however, is mirrored in the book itself, which covers in relative depth the period until the millennial release of Mwng, before as the author jokes rather lamely, "Our furry time line will now increase in speed by roughly 60%". In practice, this leaves the subsequent fifteen years to be covered by approximately twenty pages, a near disastrous guillotining explained somewhat oddly by the rider that this was a book mainly concerned with the band's ascent to success.

Unlimited by imagination, in the end the Super Furry Animals have become in terms of spirit the Anglophile equivalent to Wayne Coyne's Flaming Lips, a band who survived Brit Pop associations and made sounds which came from the soul. Rawlins can perhaps be understood for negotiating their unique path in an entertaining shorthand, but turning its latter years into the equivalent of a magazine piece is much less than they deserve.  Despite the richness of the subject matter, the final product suffers accordingly. 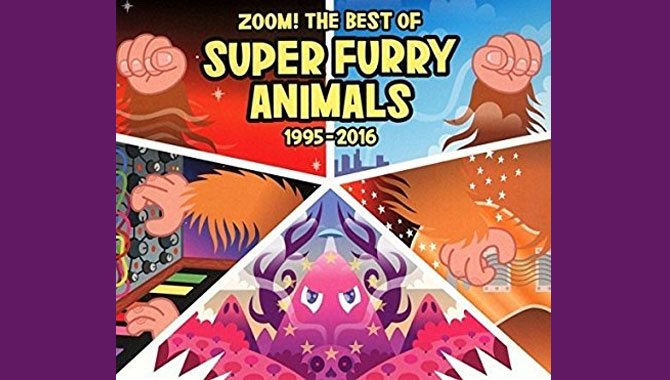 Super Furry Animals - The Man Don't Give A F**k Video 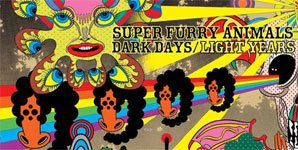 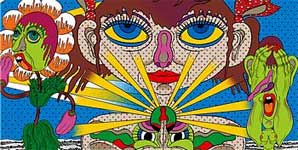 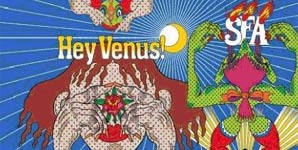