Both musical stars will be supporting Seattle over New England during Sunday's Super Bowl, for very different reasons.

Two of the live musical performers at this year’s Super Bowl have both intimated that they’ll be supporting the Seattle Seahawks this weekend. Katy Perry, who is set headline the halftime show, and Idina Menzel, who will sing the national anthem, have both expressed preferences for the Seahawks.

At Media Day ahead of Sunday afternoon’s showdown at the University of Phoenix Stadium in Glendale, Arizona, Perry was the first to say that she’ll be rooting for the North-West team over the New England Patriots. 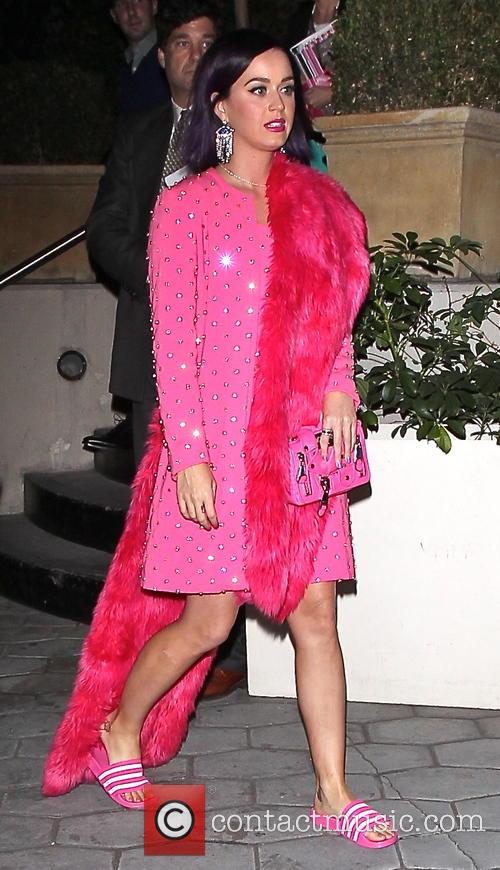 Perry is friends with Seahawks quarterback Russell Wilson, and will be supporting them

She will be joined by John Legend who will sing 'America The Beautiful'.

We're already hugely excited for the Super Bowl XLIX this February, but the announcement of who's going to be crooning out the National Anthem is the icing on the cake! 'Frozen' star Idina Menzel will be performing at the play-off, alongside John Legend. 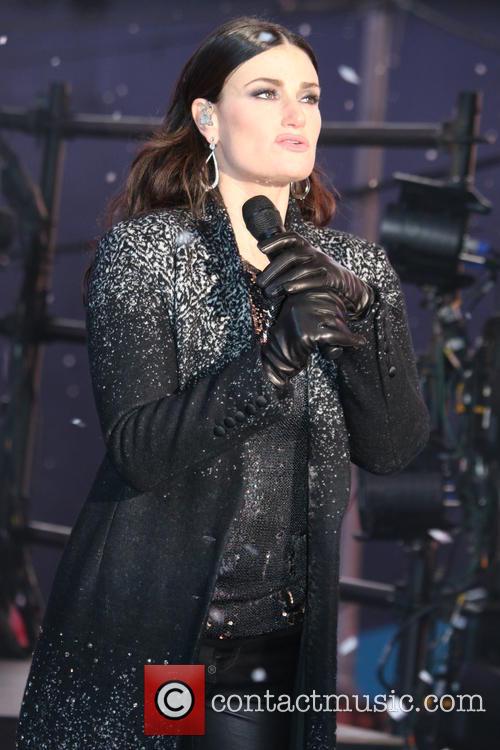 Following the stunning performance of 'The Star Spangled Banner' at Super Bowl XLVIII last year by Renée Fleming, Idina Menzel has got a lot to live up to. Her incredible pipes on the world's favorite tune 'Let It Go' may have rocked the globe, but America's biggest football event has seen some unimaginable talent open the event in song in previous years, including Christina Aguilera, Alicia Keys, Kelly Clarkson and Jennifer Hudson.

Rihanna, Katy Perry and Coldplay are the three contenders for the coveted show

The National Football League has taken the unprecedented step of asking potential performers at the Super Bowl Half Time show to ‘pay to play’. Traditionally, the NFL doesn’t pay those it selects for the highly desired spot. But this year, it has asked those artists on the shortlist – believed to be Rihanna, Katy Perry and Coldplay – if they would be willing to donate a portion of their post-Super Bowl tour income to the NFL, or some other type of financial contribution. 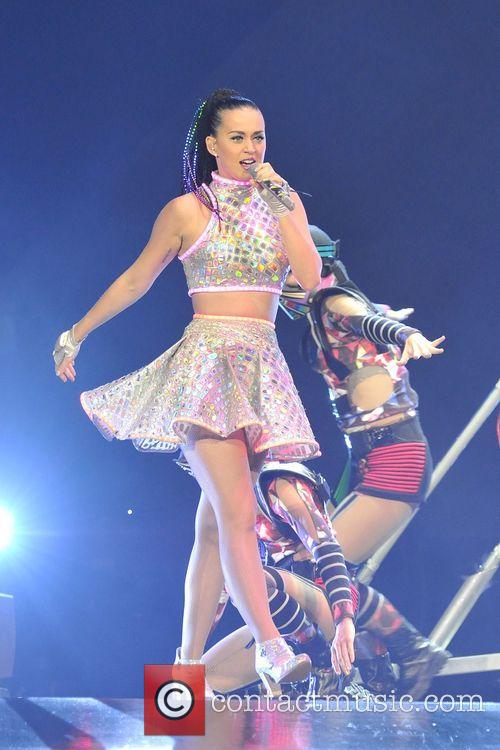 While this percentage is undisclosed, the request has met with a chilly reception from those artists’ representatives, according to insiders.

The response to Coca-Cola's Super Bowl spot was swift and terrible.

Super Bowl ads are a big deal, even if they don’t necessarily need to be – sometimes even more than the big game itself, it’s the ads that get talked about for days on end. So when Coca-Cola brought out it’s America Is Beautiful ad on Sunday, you can bet people had a lot to say. The ad is simple – it shows people of all sizes, ethnicities and social classes (the ad is even said to be the first Super Bowl spot depicting a couple of gay parents, go Coke!) playing, eating and, of course, drinking coke. It depicts beautiful vistas and is set to the tune of America the Beautiful, sung by several single voices in succession.

Therein lies the problem according to several social media aficionados. The song is sung in different languages – with English coming in at the beginning, the end and every so often within the song. Apparently, this was so shocking to certain people out there that they felt the need to tweet about it. Unlike America, the tweets weren’t always beautiful.

“WTF?” asked one post on Twitter. “@CocaCola has America the Beautiful being sung in different languages in a #SuperBowl commercial? We speak ENGLISH here, IDIOTS.”

Big props, we guess, to Animal Planet whose annual Puppy Bowl managed to attract a staggering, and quite frankly bewildering, 12.4 million viewers, as the nation of America awww’d over a bunch of dogs wearing American football colors.

We’re refusing to watch any footage of it, we can’t bring ourselves to simper along with everyone else here at Contact; sure, you may think our hearts are black and our souls repugnant, but we definitely can’t get into this sickly spectacle. Instead we’re going to go off what Forbes reckoned about the event. The show went on for a mammoth 12 hours, which makes the regular Super Bowl seem like a quick half hour’s throw about in the park in comparison, and, among all the dogs on show, there was one stand out player. The MVP (Most Valuable Puppy. Sigh.)

So congratulations to the little schnauzer/beagle mix Marta. Initially picked to play special teams, she apparently managed to make her way into the starting line-up (how?) and managed to light up the game. The ratings for the, um, spectacle, gained a sizable boost after the power cut out in the real Super Bowl for a brief period. Running parallel with the real game, Animal Planet gained a huge surge in viewers whilst football fans waited for the power to be turned back on at the Mercedes-Benz Dome.

The Budweiser foal from the company's Super Bowl ad gets a name: Hope.

The Budweiser advert in this year's Superbowl was a far cry from it's iconic irreverent and comical ads (the croaking toads, and WAZZAAAPPPPP spring to mind), but this softer more sentimental approach shows the other side of the American beer company. The new ad sees a baby Clydesdale foal grow up with its owner/trainer, only to be sent packing to Budweiser (who have a group of Clydesdales to use as promotional aids). Three years later its original trainer goes to see the troup of Clydesdales in his local city. The horse recognizes the man and runs to greet him when his hit harness and bit are removed.

Sparking off from that ad, Budweiser launched a related Twitter campaign to choose a name for the foal seen in the advert. After 60,000 tweets, Facebook comments, et al, they chose the name 'Hope'. Very fitting. As Yahoo state, this breed of horse has been associated with the company since 1933 when they were used to celebrate prohibition being lifted.

Alicia Keys Super Bowl Performance Of National Anthem, The Star Spangled Banner, One Of The Best Yet?

Alicia Keys set an impressive record for the longest rendition of The Star Spangled Banner yet, when she performed it at yesterday's Super Bowl in the Superdome in New Orleans. Not only was it the longest, but many are questioning whether it was the best.

It's not difficult to beat the 2011 performance for Christina Aguilera, who normally has a great voice, but who sadly forgot the words - uh oh! But Bleacher think that, aside from Whitney Houston's XXV 1991 performance, Keys was the best yet. And even praised Keys for singing live, where Houston did not. E! Online was also impressed with the performance describing it as a "quiet and dignified salute" to the anthem. All in all then, the 'Fallin'' singer did a great job!

And, just to add icing to the cake, she could make money from it in the future. The Star Spangled Banner has no copy-rightattached to it, so she could use it for free, but by adding her own arrangement she can then copy-right that. As Showbiz411 said: "Keys could make money from its future use in that form, and get her a shared songwriting credit with composers Francis Scott Key and John Stafford Smith, who died in the 1800s."

Continue reading: Alicia Keys Super Bowl Performance Of National Anthem, The Star Spangled Banner, One Of The Best Yet?

By Lorna Greville  in Lifestyle / Showbiz on 04 February 2013

Social marketing can be a difficult one to get right, but when it is done right then it can be the most powerful tool of a company. During the outage crisis during the Super Bowl on Sunday, when there was no power for around 30 minutes, the team behind Oreo were on it fast and came up with an effective and seamless immediate campaign to accompany the darkness. Utilising Twitter, they sent out the slogan and photo:

Power out? No problem. twitter.com/Oreo/status/29.

Speaking to Speakeasy, the president of the company behind the slogan and image, Sarah Hofstetter, explained how it came about, and why it seemed almost as though the power cut was planned just for Oreo, which of course, it wasn't.

By Lorna Greville  in Lifestyle / Showbiz on 04 February 2013

Alicia Keys sang the United States' National Anthem, 'Star Spangled Banner' just before the Super Bowl game began on Sunday. Plenty of people had placed bets on how long she'd been singing (and topped the lot with 2 minutes, 36 seconds), and despite the extended length of her rendition, on the whole people loved her performance.

A Coke ad has been called racist by Arab-American groups ahead of its broadcast during the Super Bowl half-time commercials slot on Sunday (February 3, 2013).  The ad - depicting an Arab walking through the desert with a camel - will be seen by around 100 million U.S. viewers this week.

According to Reuters, one group has asked the beverage giant to change the commercial before CBS airs the game between the Baltimore Ravens and the San Francisco 49ers. "Why is it that Arabs are always shown as either oil-rich sheiks, terrorists, or belly dancers?" said Warren David, president of the American-Arab Anti-Discrimination Committee. Cola-Cola released an online teaser of the commercial this week, which sees the Arab come across cowboys, Las Vegas showgirls and a motley crew inspired by the marauders in the movie Mad Max, all racing for a gigantic bottle of Coke. In its ad, Coke asks viewers to vote online on which characters should win the race. Viewers cannot vote for the Arab character.

"The Coke commercial for the Super Ball is racist, portraying Arabs as backward and foolish Camel Jockeys, and they have no chance to win in the world," Imam Ali Siddiqui, president of the Muslim Institute for Interfaith Studies, said in an email. Ronald Goodstein, professor at the McDonough School of Business of Georgetown University, admitted he was surprised by the imagery, "If Coke's vision is to be an arm's distance away from every customer, why would they want to offend the Arab world?"

This year's Super Bowl will be held in Indianapolis. The sporting event is well known for its spectacular half time show, which features artists such as the Black Eyed Peas. This year, Madonna will be performing, alongside M.I.A. and Nicki Minaj, who feature on her new single Give Me All Your Luvin
« Prev 1 2 3
Super Bowl