Sundance Film Festival 2016 is currently well under way and today (January 22nd 2016) there's a lot of things to look out for. Things will also be hot over the weekend too in the glorious Park City, Utah. In fact, there's so much going on that you probably won't know where to start, so here's a brief outline of the weekend's schedule.

Robert Redford brings Sundance to Utah for another spectacular year

Today promises some exciting showings, kicking off in the Eccles Theatre with the US drama 'Other People' at 9am. It's a Chris Kelly starring Molly Shannon, and it already made its first appearance yesterday with a spectacular reception from the audience. Then at 12:15pm the same theatre is showing Chad Hartigan's coming-of-age romance 'Morris From America' starring Craig Robinson, before Daniel Radcliffe brings in his latest indie movie 'Swiss Army Man' at 3:30pm; a film about a man who finds company in a lifeless body while lost in the wilderness.

More things start happening elsewhere by the evening. The Marc will be spotlighting Don Cheadle's directorial debut 'Miles Ahead' at 8:30pm, a Miles Davis biopic co-starring Ewan McGregor, though if you opt for that you'll miss the incredible U.S. Doc Comp showcase 'NUTS!' at Temple Theatre at 9pm. Or you can head over to the Library Center Theatre for a dose of the horrific with fraternity hazing drama 'Goat' at 9pm followed by Jim Hosking's comedically titled 'The Greasy Strangler' which is part of Sundance's Midnight collection.

Tomorrow (January 23rd) has a pretty exciting afternoon at Eccles Theatre. Starting with 'Tallulah' at noon, which stars Ellen Page as a young nomad who finds herself rescuing a baby from her mother. The premiere of 'Manchester By The Sea' follows at 3pm, a family drama starring Casey Affleck, then 'Captain Fantastic' at 6:30pm which is a rather fascinating portrayal of alternative parenting featuring Viggo Mortensen, and the Jane Austen-esque 'Love & Friendship' could end the night on a high note at 9:45pm with a Victorian setting and Kate Beckinsale.

Sunday (January 24th) has a bit of a mixture going on, but 'Certain Women' at Eccles Theatre at 3:30pm is not to be missed and The Marc is showcasing Rob Zombie's satisfyingly gory '31' at 8:30pm. Plus, if you can't get enough of your horrors, it's worth catching the midnight showing of Kevin Smith's 'Yoga Hosers' at Library Center Theatre, which stars Johnny Depp alongside his daughter Lily-Rose Melody Depp. 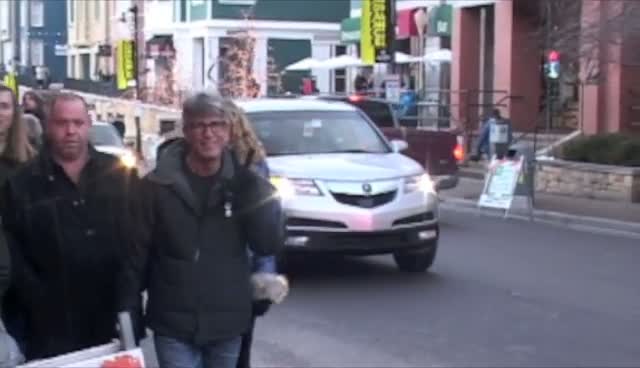