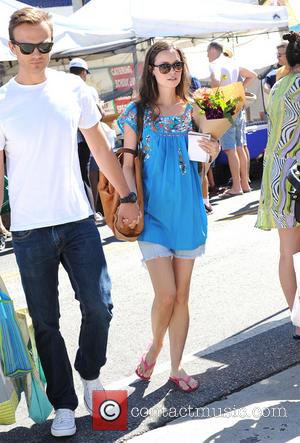 Pregnant actress Summer Glau has been granted a restraining order against an overzealous fan who turned up on her doorstep and demanded $1 million (£625,000).

The Arrow star, 33, claims Gary Gin paid an unexpected visit to her California home in February (14) and offered her his script for a sequel to 2005 sci-fi film Serenity.

In legal papers, Glau reveals her fiance, Val Morrison, confronted the devotee and asked him to leave, but he set up camp around their property and lit incense sticks.

Three weeks later, she received a bizarre package which she thought was a bomb, with bird feathers, tree branches, wires and bones stuffed into the box, reports Tmz.com.

Gin also sent her a lengthy letter, in which he requested a meeting with Glau, writing, "Relying on telepathy to communicate with you has been problematic for me."

The actress, who is six months pregnant, submitted the documents in court as evidence, and a judge has now approved her request for a protection order.