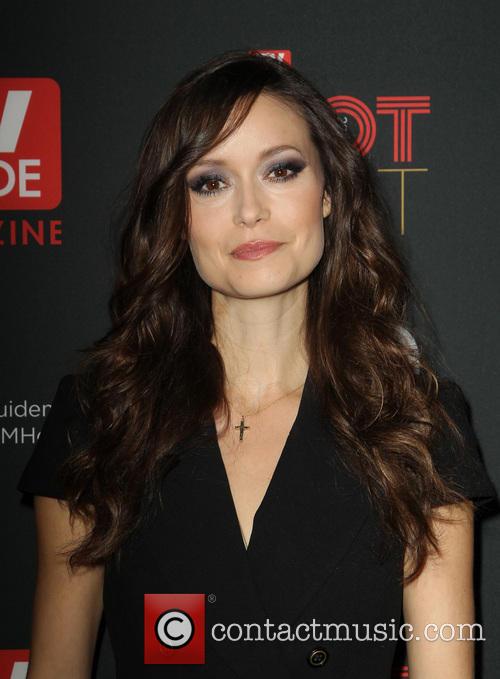 #Ravager is coming to #Arrow !! on set photos reveal her to appear in the season final episodes! pic.twitter.com/kItsmaKKRB

"Now that she's got the evil juice, as I call it, she's going to be Ravager. It's amazing," EP Andrew Kreisberg told TVGuide.com. The producers decided to take a different path to the plotlines laid out in the comics, which detail that the alter ego eventually belongs to Rose Wilson, Slade's illegitimate daughter who he manages to brainwash into becoming his apprentice.

It's now clear that Isabel is not secretly Rose Wilson and it has been revealed that there were originally other plans for Ravager anyway: "Isabel was the one thing we weren't entirely sure about as we were developing the season," Kreisberg said, adding "Truthfully, there was a very early iteration of the series where Sara (Caity Lotz) started the season as Ravager, and then we switched over."

The EP explained how the team originally wanted to veer away from a "kick a**" character for Glau but soon changed their minds: "Part of the reason Isabel disappeared for a while is because we still weren't quite sure which way to go, whether she should be an ally or a villain," he continued. "We had written it so that it could turn out either way. The scene that I was picturing was Isabel, Slade and Sebastian (Kevin Alejandro) in Oliver's office, the triumvirate of evil. Once that happened, there was no way she was not going to be Ravager."

Arrow airs Wednesdays at 8/7c on The CW.

More: Everything you need to know about CW's 'The Flash.'