Suge Knight knows who shot him

Suge Knight says he knows who shot him at Chris Brown's party last month, but insists he wants to put the incident behind him. 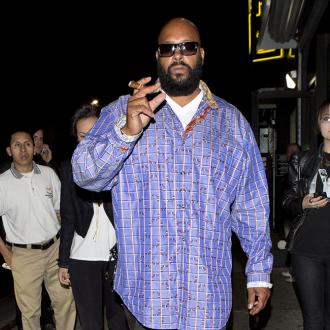 The 49-year-old music producer, who was shot six times at the 'Loyal' hitmaker's pre-bash for the MTV Video Music Awards (VMAs) at 1Oak nightclub in Los Angeles on August 23, admits he saw who pulled the trigger, but insists he has no plans to seek revenge.

Asked if he saw his shooter, he told gossip website TMZ.com on Tuesday (02.08.14): ''Well even if I did, I don't think that's really important who pulled the trigger and who I seen pull the trigger.''

He added: ''I think that I'm doing extremely well. I'm happy to be doing well and whatever happens, happens.''

Suge - who was one of three victims - ''lost a lot of blood'' in the shooting, but had no idea how bad his injuries were.

He now wants to move forward and put the incident behind him.

Suge reportedly walked out of the building after he was blasted with bullets where he was discovered by a police officer and rushed to a local hospital.

The suspected gunmen were detained by police and the venue was searched for clues.

Suge is no stranger to gun violence as he was involved in a drive-by shooting in Las Vegas in 1996, which ultimately led to Tupac Shakur's death.

The music mogul was also wounded during a shooting at Kanye West's VMAs pre-party in 2005.