Suge Knight Arrested But Not For Tupac Murder 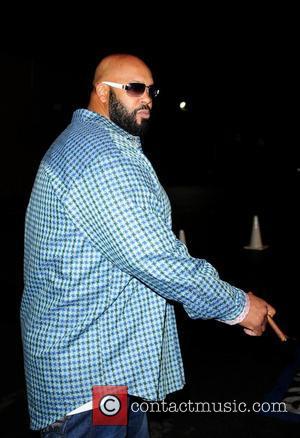 Suge Knight, the 45-year-old former Death Row Records CEO, was arrested on 4th December 2010 but not for the murder of rapper TUPAC, as was widely speculated on the Internet. Hip-hop blogs and the social networking site Twitter came alive this week with rumours that Knight had been arrested in connection with the killing of Death Row's biggest star, a murder that remains unsolved.
This week a video appeared on YouTube bearing the headline "2Pac's Killer Arrested" and featured old news reports spliced together. As a reporter delivers a story concerning Knight, his voice is seemingly dubbed while he has his back to the camera and he is heard to say, "Suge Knight has been arrested for the murder of Tupac Shakur". The video has since been viewed more than 250,000 times. However, a spokesman for the Los Angeles Sheriff's Department confirmed that the arrest on 4th December 2010 related to an outstanding warrant for driving with a license, and not for the murder of TUPAC.
The video was posted on YouTube by an aspiring Ohio rapper named 'Klasik', however, it is currently unclear whether he created the clip himself. 'Klasik's Twitter page was suspended today (6th January 2011).