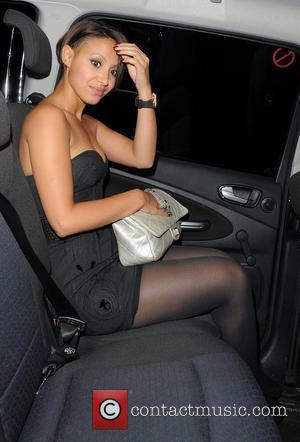 Sugababes star Amelle Berrabah has come forward to explain her recent drink driving arrest, revealing she was stopped by police the morning after a big night out as she was on her way to meet her personal trainer.
The British singer has been charged with driving under the influence of alcohol after she was arrested on Thursday morning (23Sep10).
Reports suggested cops were called to her home in Camden, north London following an alleged bust-up between the star and her boyfriend Tom Benn, before another emergency call was placed minutes later to report Berrabah for alleged drink driving.
But the star has now taken to her Twitter.com page to clarify the rumours and put forward her own version of events.
In a series of posts she writes, "I can't believe wot some1 (sic) has (told) me is in the papers 2day (sic)! Wot (sic) a load of c**p!...
"I'm so sad this has happened to me. I got up to do my normal 6am jog... I'd been out the night before for drinks with friends and got stopped on the way to meet my personal trainer and it was obviously still in my system. I'm so angry with myself. I felt fine and had a coffee.
"Why do papers always write horrid stuff on me I feel like I'm going rock bottom again (sic)."
Berrabah is due to appear at London's Highbury Corner Magistrates' Court on 8 October (10).