Suede frontman Brett Anderson has revealed the band's plans to continue their comeback for the unspecified future as the group usher in a 'new chapter' for the Brit-Pop group.

Brett Anderson, the lead singer of the revitalised Brit-poppers Suede, admitted to the newspaper the Daily Star that the band's comeback album, Bloodsports, is more than a quick money maker as the band are now ready to take on the world once again as they have begun a 'new chapter' in their ongoing timeline. Anderson also discussed his once tattered relationship with Suede bandmate Bernard Butler and how all bonds between the band have been mended since they reformed in 2010 as they are now a stronger musical force than ever. 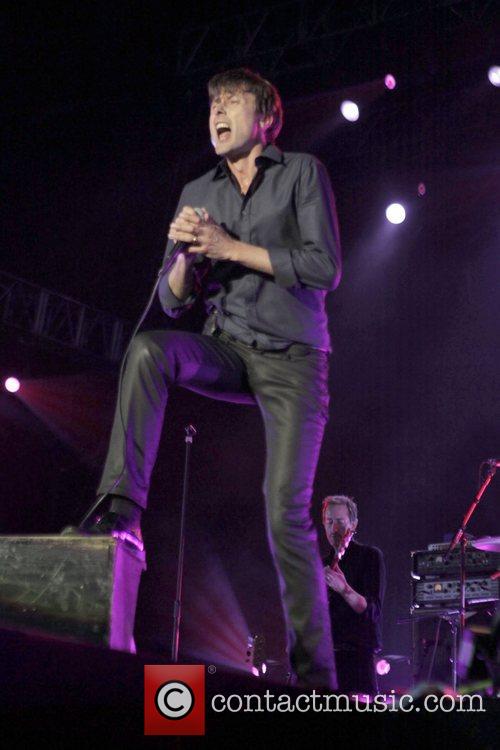 Bloodsports, which peaked at number No.10 in the UK album charts when it was released in March 2013, was considered by many to be a simple ploy by the band to jump back on the resurgent Brit-pop bandwagon rather than a chance to reinvent themselves for their old and for a new audience, but in the recent interview Anderson has made it relatively clear that the band are in this for more than just a few extra pounds to put in the bank. He told the paper of the bands new ambitions to pick up from where they left off, but making sure they leave behind all the unwanted rock and roll excess that proved so fatal to their experience in the 90's. He said, "We know our job is to play great shows, which seems unromantic and not very rock 'n' roll, but it means when we're on stage there's fireworks."

Anderson went on to address the mended relationship between himself and Butler too, insisting thta the creative friction between the two has worn away and now he has learnt that "Suede's relationships work again," before adding "I'd like to think we could make another great record to follow this great record and start a new chapter for the band."