Reformed British indie band Suede were worried how their reunion could have ''gone horribly wrong'' as they are ''men in their 40s playing teenage songs''. 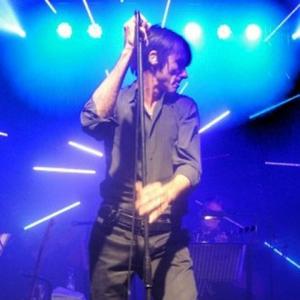 Suede were worried how their reunion could have "gone horribly wrong" as they are "men in their 40s playing teenage songs".

The 'Animal Nitrate' group split in 2003, then reformed earlier this year for a charity show, and have since announced a tour - although bassist Mat Osman said he was apprehensive about how they would be perceived.

Mat said: "Men in their 40s performing teenage songs. It could have easily gone horribly wrong."

Guitarist Richard Oakes - who hadn't played live since the group finished - said he was more worried he wouldn't be able to cope with an emotional reunion.

He said: "I was thinking, 'Oh God, can I do it, revisiting the past?' All these emotions, I didn't think I could cope."

Frontman Brett Anderson- who completes the line up with drummer Simon Gilbert and keyboardist Neil Codling - said he suffered conflicting views as to whether he should reform the band, but ultimately found their show for the Teenage Cancer Trust in March one of the greatest moments of his life.

Brett said: "That's the one moment that I'd relive for the rest of eternity. And I did actually say on the night - I've taken a lot of drugs in my life and nothing compares to it."

'The Best Of Suede' is released on November 1.