Jordan left the show permanently at the weekend, and as a parting shot claimed that 'Strictly' producers interfered with the judges' marking.

‘Strictly Come Dancing’ judge Len Goodman has hit back at Ola Jordan’s recent claims that the show’s marking scores are fixed, dismissing them comprehensively in a new TV interview.

Professional dancer Ola confirmed her permanent departure from the BBC show last weekend, and has since implied that the judging panel systematically gives higher marks to more popular contestants in order to keep them in the show for longer.

At around the same time, eliminated star Jamelia also reckoned that the judges were keeping bookies’ favourite Peter Andre in the show after she lost the dance-off against the former pop star in week nine of the show this weekend. 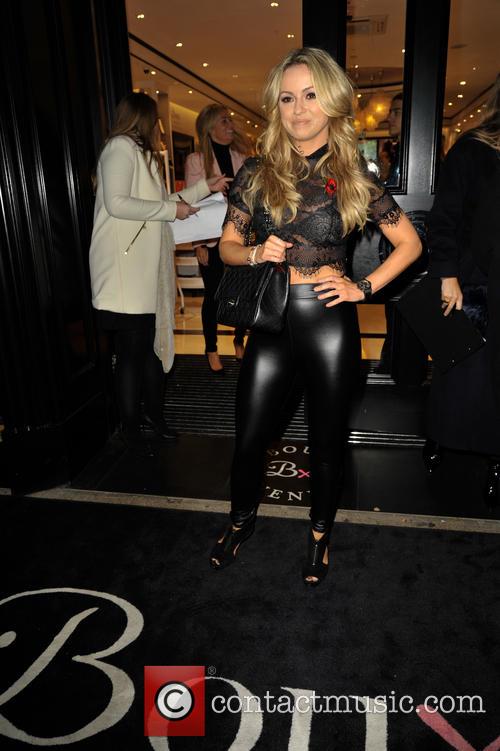 Ola Jordan, until recently a professional dancer on 'Strictly', accused the judges of rigging their marking

Jordan had said to The Sun: “As a dancer, you can’t cheat me. I know who has been over-marked and who has been under-marked. In my opinion, they know how many votes people scored in the previous weeks and then they try to influence their position on the leaderboard… …If the show is not fair, it takes the fun out of it.”

71 year old Goodman, who has been an ever-present on the judging panel since it started in 2004, used an appearance on the spin-off show ‘It Takes Two’ to “draw a line” under those rumours. “Eleven years I’ve done this show and never has a producer come up to us and said, ‘Mark this person up a bit, we want them to stay in’.”

“They never interfere with our integrity, they never tell us what to say, we are not scripted to say this or that,” he stated. “We just come out, say what we see and give a score and I totally understand sometimes I’ll give someone a seven and millions of people sitting at home will say that’s a nine. We’ve all got opinions. It’s taste, I like Brussels sprouts, you don’t.”

Addressing Jamelia’s claims, Goodman (who abstained from voting, but would have plumped for her) admitted that it was tough on her. “To say it was clear cut, it wasn’t. I have watched it back and I did think Peter danced a little bit better… so I can well understand that then other judges went for Peter and I still felt Jamelia was a little bit better, but it doesn’t make me right and it doesn’t make them wrong.”