She’s more used to watching her son coping with the pressures of the spotlight than performing herself, but this autumn Judy Murray will be the subject of public scrutiny as she confirmed that she is to take part in this year’s ‘Strictly Come Dancing’. 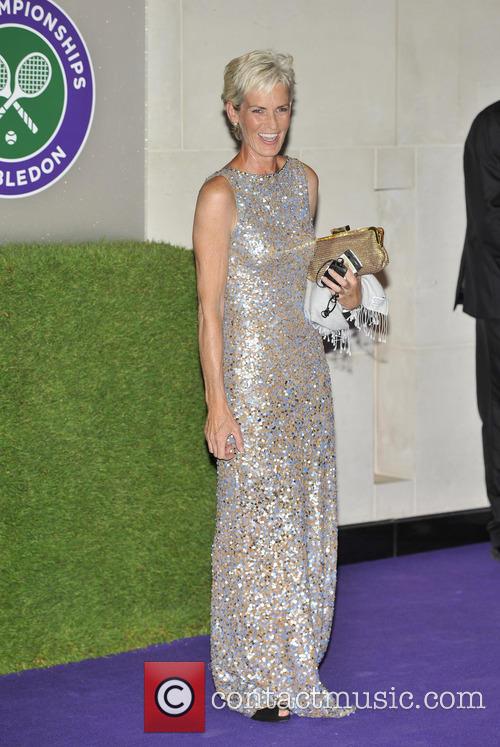 Judy Murray is the second contestant to be confirmed on the upcoming series of 'Strictly...'

Judy, 54, is the second celebrity to be unveiled for the 2014 edition of the ever-popular BBC Saturday night show, after Frankie Bridge of the pop group The Saturdays was announced last week. The news was broken by the BBC through the official ‘Strictly…’ Twitter account, accompanied by a picture of Murray holding up one of the judge’s marking panels like a tennis racket.

In reaction to the news, Murray stated "I'm a huge ‘Strictly Come Dancing’ fan but a total armchair dancer. It's going to be a big challenge for me and for whoever has to dance with me but I absolutely can't wait to get started!”

Of course, people sometimes forget that Judy used to be a tennis player herself and is accustomed to competition, and was once ranked as the eighth best female tennis player in the UK. She also coached her two sons: Andy, erstwhile Wimbledon and US Open champion, and Jamie, Mixed Doubles Champion.

Thirteen other celebrities are due to be announced as Murray’s and Bridge’s competitors. A number of names have been mooted to participate, including ‘The Only Way Is Essex’’s Mark Wright, former ‘Eastenders’ actor Ross Kemp and ex-‘Match Of The Day’ pundit Alan Hansen.

The twelfth edition of ‘Strictly Come Dancing’ is set to return to our screens this autumn.