'Strictly' returns to screens in September on BBC One.

The nights are starting to draw in, the football season has started, and now another reminder that autumn is nearly upon has arrived with the news of ‘Strictly Come Dancing’s first contestant.

BBC Radio 2 DJ and presenter Jeremy Vine is the first celebrity name to be confirmed for the ever-popular dance competition. The news was announced on Vine’s Radio 2 colleague Chris Evans’s breakfast show on Monday (August 10th). The 50 year old presenter, who is stand-up comedian Tim Vine’s brother, told Evans: “How could I say no to the biggest show in TV? Yes, yes, yes and yes again to the sequins and the Samba!” 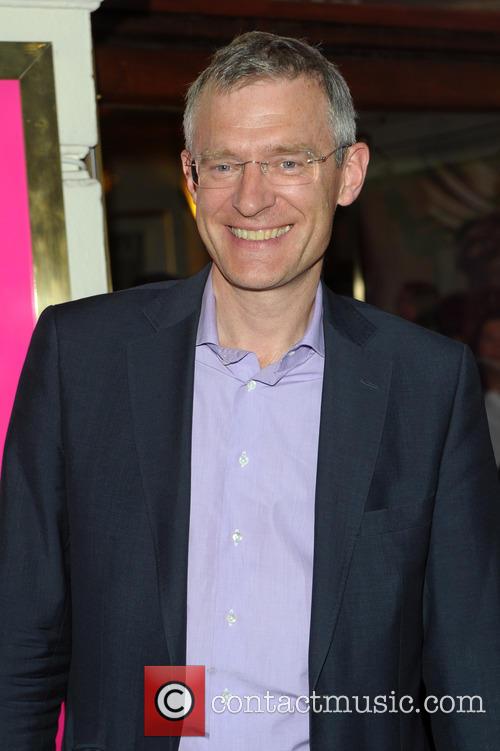 “They asked me and I just thought I just turned 50 this year I've got to start dancing properly,” he joked. “I can't go into the dad dancing.”

More: Controversy on ‘Great British Bake Off’ as it’s revealed that contestant has ‘professional training’

Aside from his DJ-ing duties, Vine also presents BBC One’s ‘Points of View’ on Sunday afternoons and BBC Two’s weekday evening quiz programme ‘Eggheads’. He continued: “I just need to find some dancing shoes and identify my left foot. I am doing it for my two young daughters who jumped behind the sofa when I told them! It seems Dad on 'Strictly' is more scary than Doctor Who!”

Writing on his personal blog later on Monday, Vine claimed that his passion for music far outstripped any ability to dance to it. “That’s my problem. Lots of enthusiasm. No expertise. Sorry if you expected otherwise,” he wrote.

The thirteenth series of the consistently well-received annual competition will be coming to screens in September, and will be presented by Claudia Winkleman and Tess Daly. More contestants are due to be announced over the coming weeks.

The 2014 edition was won by ‘Xtra Factor’ presenter Caroline Flack, who edged out contestants such as The Saturdays’ Frankie Bridge to win the prestigious prize.