The new series of ‘Strictly Come Dancing’ has barely started, but already one of the contestants has resigned themselves for an early exit, with Ed Balls admitting that the standard of his competitors’ dancing abilities is “too high”.

The former Labour Shadow Chancellor has joked that his “dad dancing” moves were unlikely to get him very far in the much-loved show, but he was surprised that he was the only contestant who was so obviously lacking in natural dancing ability. 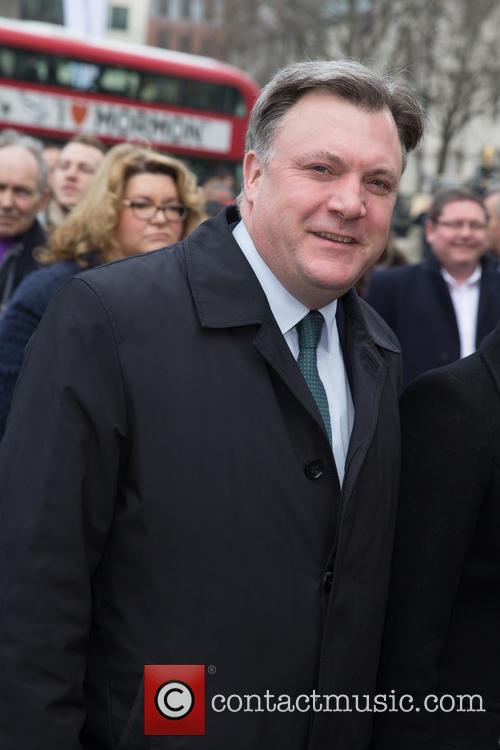 “The standard is high, a bit too high to be honest,” he told the Huffington Post at the TV Choice Awards on Monday night (September 5th). “I was hoping that there were going to be a few people who clearly couldn’t dance at all. And other than me they don’t seem to be there.”

On Saturday night’s launch show, Balls was partnered up with professional dancer Katya Jones, whom he showed up with on the red carpet on Monday night. They duly showed off their moves, although Balls was sporting a black eye, the result of falling foul of an automatic door that morning.

“I just got smacked in the face by an automatic glass door leaving the Guardian newspaper office!” he wrote on Facebook. “I'm now on 5 live and I look like I've done a few rounds in a boxing ring… What I need right now is one of the brilliant ‘Strictly’ make-up artists to do a bit of cover-up!”

The following morning, he spoke to Piers Morgan on ITV’s ‘Good Morning Britain’ about why he decided to take on ‘Strictly’ in the first place.

“I thought in my mind's eye, how would Piers dance and so I tried to emulate that. The thing about ‘Strictly’ is you’ve got to try your best, have a go, take it seriously, but you can’t deny who you are, I’m not some young trained dancer.”

Balls’ dance partner Jones has just a couple of weeks to put the politician through his paces before the first live show proper kicks off at the end of the month.