It’s certainly a bold choice, and one that’s divided music fans, as Stormzy has only released one studio album to date – 2017’s Gang Signs & Prayer – although it’s thought he’ll have released another record by the time Glastonbury rolls around next summer.

Other strongly rumoured acts to be joining him as headliners include The Cure and Sir Paul McCartney.

We’re delighted to announce that Stormzy is confirmed as the first headliner for Glastonbury 2019. The multi award-winning British MC will headline the Pyramid Stage on Friday, June 28th. pic.twitter.com/xXhKPuKC3z

After scoring one of the decade’s biggest breakout hits with ‘Take Me To Church’ back in 2014 – which seems like forever ago now – Irish singer Hozier has finally announced his comeback, releasing a brand new single, titled ‘Movement’.

It’s to be taken from his long-awaited second studio album, as yet untitled and due to be released at some point in 2019.

The 28 year old singer, real name Andrew Hozier-Byrne, sold more than one million copies of his self-titled debut album around the world nearly five years ago.

Fans of stadium rock giants U2 are speculating whether the group might be about to retire, following the conclusion this week of their Experience + Innocence world tour, after Bono told the crowd during the last gig in Berlin “we’re going away now”.

U2 have been on the road for most of the last two years, first to mark the 30th anniversary of 1987’s The Joshua Tree and then to promote last year’s Songs of Experience album.

“We've been on the road for quite some time, just going on 40 years, and this last four years have been really something very special for us,” Bono reportedly at the Mercedes-Benz Arena on Tuesday. “We're going away now...” 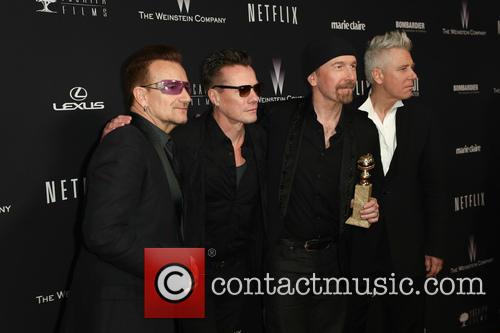 The record is set to be released as a limited edition white 12” vinyl at select independent record stores on December 14th.

Karen O said about Lux Prima: “After making music for the past twenty years and embarking on making this record with Danger Mouse I knew a couple things: one was that the spirit of collaboration between us was going to be a pure one, and two was that the more I live the less is clear to me. When you create from a blurry place you can go places further than you’ve ever been. I think we both were excited to go far out.”

Burton added: “With Lux Prima, we were really looking for a place rather than a sound. It was our first shared destination so we thought we’d take our time getting there. The song itself is a bit of a journey, but all the parts felt like they needed each other.” 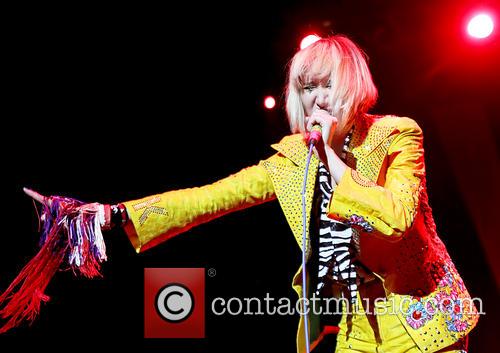 THE KLF TO BUILD PYRAMID OUT OF DEAD PEOPLE

The provocative pop-art outfit The KLF – the band who fired machine-gun blanks at the BRIT Awards, wrote a manual on how to have a No.1 hit and who burned a million quid – have announced their latest project.

The duo, consisting of Bill Drummond and Jimmy Cauty, intend to build a pyramid of bricks filled with the ashes of 34,592 dead people.

Yes, that’s right. For £99 you can order your own brick, which will be filled with your ashes upon your death – or, “buy now, die later”, as it says on their official website!

Construction of the pyramid is set to begin in Toxteth, Liverpool on November 23rd (or “Toxteth Day of the Dead”) during a ceremonial event attended by the band themselves.