The Manchester band are currently working on their third album which is expected to be released later this year.

The Stone Roses have announced two intimate warm-up gigs ahead of their four-night run at the Etihad stadium in Manchester on June 15, 17, 18 and 19. The band will play Halifax Victoria Theatre on Tuesday June 7 and Carlisle Sands Centre on Wednesday June 8. Both venues have a capacity of around 1,500.

The band made the announcement on their official Facebook page on Saturday morning (June 4) along with details on how fans can get tickets. Tickets were only available to fans who had purchased a Stone Roses vinyl, concert ticket or T-shirt and were capped at two per person.

It’s been over 20 years since they released their last studio album, but a new record from The Stone Roses could be coming our way later this year. The band, who reunited in 2011, will play four massive shows at Manchester's Etihad Stadium this June and according to The Mirror they're ready to release a new record to coincide with the gigs.

The Stone Roses are reportedly working on a new album.

A source told the newspaper: “Ian Brown and the lads have been busy getting their next album ready. It will be album number three. It’s a long time coming but they feel the time is right now. They’ve been back in the studio. Everyone is very excited about it.”

Continue reading: Is A New Stone Roses Album On The Way?

Was the switch anything to do with the poor attendance of Stone Roses' set last weekend?

It seems that Stone Roses reunion fever hasn’t quite made it over the pond just yet. After a disappointingly small crowd showed up to watch the Madchester legends at the first weekend of Coachella, Blur have now switched billing places with them and will headline at the second weekend of this year’s festival. However, the festival’s promoter insists that the switch was always planned.

Paul Tollet, the president of the concert promoter Goldenvoice insists “When the [lineup] poster came out, when we announced the show, each weekend's poster was different." He told Rolling Stone magazine: "The first weekend said 'Stones Roses/Blur' and the second weekend said 'Blur/Stone Roses.' This was planned from day one. It was a dual bill and we'd flip-flop them… There's not a chance I could take a headliner and demote them." Watching the Stone Roses last weekend, The Guardian’s Tim Jonze reported “There was something strange about seeing this most iconic of bands shuffling through Fools Gold to a crowd one-fifth of the size of Tegan and Sara's next door.”

Meanwhile, back home in the UK, The Stone Roses’ reputation is still very much intact and with a trailer recently released for Shane Meadows’ documentary about the band, enthusiasm for teh band's continued existence shows no sign of abating.

Trailer released for The Stone Roses documentary, made by Shane Meadows. The documentary is released June 5, 2013

Shane Meadows has made no secret of his love for Stone Roses, in the making of his documentary The Stone Roses: Made Of Stone and his passion is spine-tinglingly evident, even in the short space of time that it takes to run through the trailer. When the Mancunian band announced their intentions to reform after 20 years, Meadows – the director of Dead Man’s Shoes and This Is England – was set to the task of documenting the experience.

Modern footage of the band is interspliced with archive videos, but anyone expecting to see tell-scenes of the band’s more dramatic moments may be surprised to discover that Meadows did not go in for filming their more private moments together. In an interview with Jon Snow, for Channel 4, he explains “Because of my love for the band - I've not held back from what everyone saw - but I didn't go backstage sticking mics in the way, I made all my crew turn their cameras and sound devices off and we all sat in the room. A bit like being respectful - if someone's having a bit of a fall out, I don't think it's my place - you know, I'm not making the Jeremy Kyle show… they realised that they could trust me. I wasn't there trying to make Martin Bashir's Michael Jackson expose, I was making it with genuine love and affection. It's warts and all, don't get me wrong, but at the same time I also understood that certain things are private."

Continue reading: Shane Meadows Lets The Love Spread In The Stone Roses: Made Of Stone [Trailer]

By Contributor in Music / Festivals on 06 February 2013

Well they did it with Pink Floyd’s Dark Side Of The Moon, and now The Flaming Lips are set to turn their attention to another ‘classic’ album, by covering the entirety of The Stone Roses self-titled debut.

That album, released in 1989, was responsible for – among other things – a huge spike in the sales of fisherman’s hats, with fans eager to look like their man, drummer Alan ‘Reni’ Wren. Possibly. Sales of the slightly daft and ultimately flimsy headwear hadn’t been as good as again until the Manchester four-piece got back together again last year. Possibly. So we wonder whether the ‘Lips are seeking for a third coming of hats, or maybe they’re seeking to push their own brand of headgear – tie-dye bandanas perhaps? Although if anyone was going to bring those back it would be Hulk Hogan, and the last thing we (hadn’t) heard, was that his recently leaked sex tape hadn’t made one jot of difference to their sales. Sorry Terry. 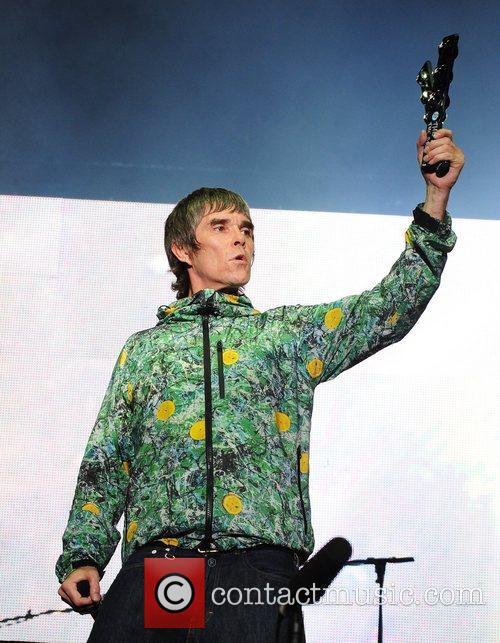 John Squire’s art studio at his home near Macclesfield has been destroyed by fire, The Mirror reports today (November 23, 2012). The fire, which occurred on Wednesday night (November 21), “severely damaged” the purpose-built barn, which the former Stone Roses guitarist uses to create his abstract artwork. He lost two pieces of work in the fire; they were a part of his Celebrity series and were entitled Aileen Wournos and Harry Houdini. It is believed that the fire was started accidentally.

John Squire’s agent, Vivienne Gaskin, told The Mirror that he was “extremely sad” about losing the two pieces of work and his studio as well. She did state, however, that the damage caused could have ben much worse. “He has got about four of the paintings from the collection in his home and the others have been sold. The studio was built near his home so his family were his main priority but they are all fine." She then added “Knowing that they are safe, he is obviously extremely sad that these paintings have gone and he will now have to completely re-build the studio.”

Other famous folk included in Squire’s Celebrity series include Woody Allen, David Beckham and Lindsay Lohan, as well as more controversial figures such as Josef Fritzl (who held his daughter captive for 24 years) and the serial killer Harold Shipman.

Q Awards: Are Muse Really The Best Act In The World Today?

The answer, of course, is no. But it's that time of year again folks: the Q Magazine Awards! Muse picked up the biggest gong at the event in London on Monday afternoon (October 22, 2012) known for rewarding middle-of-the-road and aging rock acts with offensively generic prizes such as one that now sits proudly on Matt Bellamy's mantelpiece.

Though Blur have been excellent in the handful of shows they've played since reforming, were they really befitting of best live act? Saying that, they were going up against The Stones Roses in a farce of a category. Dance act Underworld received the 'Innovation in Sound' award - whatever that is - while Jarvis Cocker picked up the 'Inspiration Award.' Q magazine editor Andrew Harrison told the BBC, "Our bands and our anthems transformed the Olympics... and amazing comeback shows from Blur and the Stone Roses showed the enduring appeal of our best-loved musicians." Hmm, ok Andrew, but what about the new British acts? Well, Emile Sande won best solo artist in another bizarre category featuring Noel Gallagher and Adele, while American soul star Bobby Womack won best album for 'The Bravest Man in the Universe.' 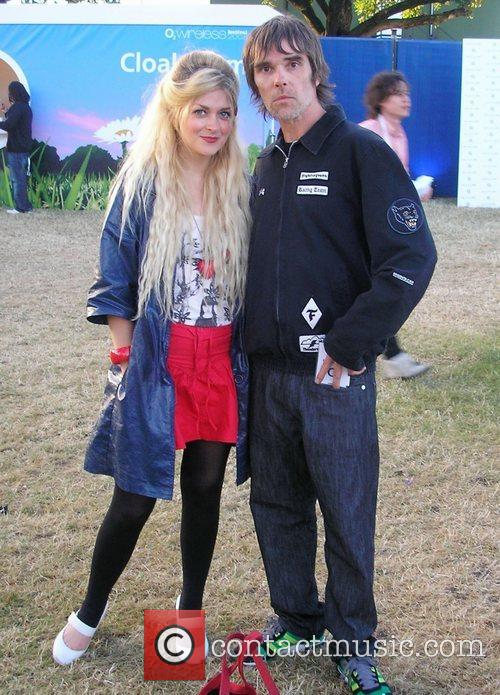 The Stone Roses Left Without Photographers For Concerts?

David Beckham: The Stone Roses Were Part Of My Upbringing