Sting Not Keen On Christmas Album 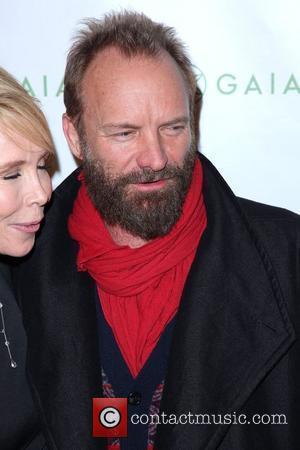 Rocker Sting initially balked at the idea of recording a festive album - because he's not a fan of Christmas.
The singer/songwriter admits he was stunned when record label executives suggested he should record a collection of holiday tunes, but he's glad he gave the idea due consideration.
Instead of recording Jingle Bells and O Holy Night, Sting chose to revamp long-forgotten medieval tunes and songs from his upbringing in northern England for winter album If On A Winter's Night...
He says, "When the record company said I should do a Christmas record I nearly threw up on the carpet. I don't like Christmas very much, but I said I'd do something about winter.
"The dark hours have a useful place in our psychology that allows us to reflect and reassess, so it's no surprise that we end up thinking about ghosts of Christmas past.
"Basically, I wanted to find songs that channelled some kind of older wisdom, rather than stuff like Frosty The f**king Snowman. I'm an agnostic and I was interested in the pre-Christian idea that the winter is more about regeneration than salvation."
And recording the dark, folky album reminded Sting of his youth, helping his late father deliver milk early on frosty mornings: "I remember the soft snowfall of so many dark winter mornings as we drove silently through the empty streets."