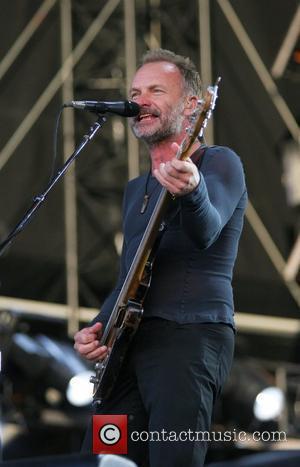 British singer Sting has been slammed by environmental groups for hiring a private jet when he was the only passenger.
The Police frontman is a longtime campaigner for green issues and has regularly called on the public to cut back on their carbon emissions to help save the planet.
But Sting - real name Gordon Sumner - has been accused of failing to heed his own message by chartering a jet for his own private use.
The star flew between Germany and London this weekend (28-29Jun08) but although the plane had space for 14 other passengers, Sumner still travelled separately to the rest of his band.
A spokesman for Leipzig airport, where the singer disembarked, confirmed the reports, stating that "Sting was the only passenger on board the Falcon 2000 aircraft."
The star's wife, Trudie Styler, was recently forced to come to her husband's defence over his environmentally unfriendly antics - insisting it is "difficult" for a musician to work without creating a huge carbon footprint.