Review of Creatures Of An Hour Album by Still Corners

Formed in 2008 by American Greg Hughes, London based Still Corners have thus far released a string of singles and EP's, all to generally favourable reviews. 'Creatures Of An Hour' represents their debut full length album. The Dream Pop duo, come live quartet, are built around Greg's arrangements and production and rely heavily on the hauntingly atmospheric vocal nuances of Tessa Murray. 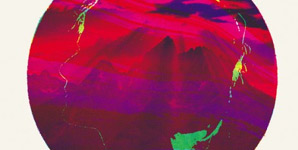 The whole album has some very broad brush strokes that sweep across like a musical soundscape capable of sound tracking the best indie movie you could imagine. If you were unaware that Greg was a self confessed cinephile before you heard the album you'd be unlikely to sign off on that view. David Lynch, Julee Cruise, Portishead and the Cocteau Twins all feature in the lineage of 'Creatures Of An Hour'. There is a tranquility and tenderness to each of the hypnotic tracks. The synth and keyboard loops and hooks may all sound effortlessly simple but they are non-the-less effective because of that. Tessa's sweet, sublime, soft and naive, almost innocent, vocals are a fabulous foil to the musical score. The synchronicity and subtlety of the combination results in a sound that washes over you in waves of melodic aural beauty.

The ten track set is headed up by 'Cuckoo', a song that clearly defines what this album, and band, are all about. The dreamy harmonious guitar and drum machine play along to Tessa's high and soft vocal on this mesmeric opener. The aptly named 'Circulars' follows on with its whir of keyboard loops before the wonderful 'Endless Summer'. This track is pulled from last years 'Gruff Trade' EP and marks a high point on the album. The pound of the bass drum keeps the beat as a solitary guitar picks out a simple tune before Tessa once again delivers with some warm and caressing vocals that lift you into an almost semi conscious state. Here, and to a slightly lesser extent on 'Twilight Hour', you can't help hearing the near tangible likeness to Portishead's 'Third' album, and especially 'The Rip'. Whilst this is no bad thing it does, unfortunately, make you release that, as yet, Still Corner are not quite in that league of exulted and revered excellence. Elsewhere, on 'I Wrote In Blood' and the excellent closer 'Submarine', Still Corners take a faux Western angle in their imagine laden score. You can virtually see tumbleweed roll the across the windswept, bleak and baron horizon the imagery created from the score is that effective. It may not blow you away but its gentle, considered and well crafted songs work very successfully to produce a fine end product.

Still Corners - Creatures Of An Hour 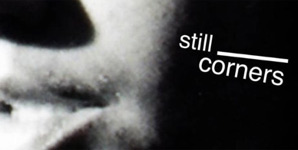