Veteran Singer Van Morrison Has Been Given Reason To Celebrate His Forthcoming 70th Birthday A Little Early After Landing The Prestigious Johnny Mercer Award At The 2015 Songwriters Hall Of Fame Gala. 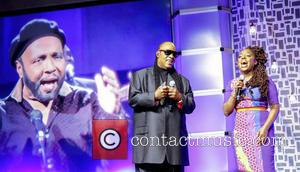 Organisation bosses hand the top prize to a previously-inducted songwriter "whose body of work is of such high quality and impact, that it upholds the gold standard set by the legendary Johnny Mercer", the famed lyricist and co-founder of Capitol Records.

The Brown Eyed Girl hitmaker, who has been a Hall of Fame member since 2003, will join the ranks of legendary artists like Carole King, Stevie Wonder, Billy Joel, Paul Simon, Dolly Parton and Phil Collins when he is presented with the accolade during the 46th Annual Induction and Awards Dinner on 18 June (15) in New York City.

A statement released by Linda Moran, the Songwriters Hall of Fame president and CEO, reads: "We are thrilled to be honoring the songwriter who has combined Celtic fire with Rhythm & Blues in an unforgettable way. Van Morrison and his songs have been a powerful cultural force on both sides of the Atlantic for five decades."

Morrison will mark his big age milestone on 31 August (15) by heading home to his native Belfast, Northern Ireland to play a gig on the street which inspired his track Cyprus Avenue.