Blind Soul Legend Stevie Wonder Is Taking Legal Action To Stop Royalty Payments To The Family Of His Late Lawyer Amid Allegations He Was Conned Into Handing Over The Funds "Forever". 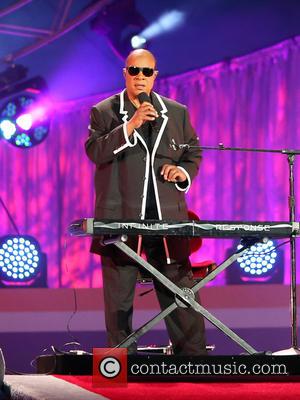 The Superstition hitmaker, 65, claims he trusted Johanan Vigoda to present him with a fair contract to sign when he was just 21 years old, and he subsequently agreed to give his longtime legal representative six per cent of all music royalties.

However, Wonder had no idea the documents included a clause that would ensure the payments continued beyond the attorney's death, and now he believes Vigoda betrayed him for decades and took advantage of his disability.

Wonder reveals his record company executives continued to send Vigoda's widow money for two years after the lawyer's death in 2011, before he found out and demanded they put an end to the handouts.

He is asking a judge to formally declare he no longer has a duty to make the royalty payments, according to TMZ.com.

Vigoda's widow is challenging the claim with her own lawsuit, requesting the judge order Wonder to pay what she is owed and allow the royalties to continue rolling in. She is seeking at least $7 million (£4.38 million) in compensation.