Stevie Wonder Closes Hangout Festival The Only Way He Knows How

Stevie Wonder proved that he still knows how to put on a show-stopping performance in Alabama this weekend.

Stevie Wonder headlined the final day of the three day Hangout Festival in Gulf Shores, Alabama, this weekend, closing the event with a marvellous display that included covers and renditions of classic tracks of his own. The singer sent home thousands of happy punters who had also seen Kendrick Lamar, the Roots, Kings of Leon, Tom Petty and the Heartbreakers and Imagine Dragons perform over the weekend.

Of course none came close to matching the enormity of Wonder's performance. He took to the stage on Sunday (May 19) evening and went on to perform for more than two hours, blending his own hits with a selection of wonderfully handled covers form artists that have inspired him over the years. The R&B legend got the ball rolling with a keytar cover of fellow Motown legend Marvin Gaye's hit 'How Sweet It Is (To Be Loved by You),' before playing 'Master Blaster (Jammin')' from 1980's Hotter Than July, followed by another cover from another Motown legend, this time 'The Way You Make Me Feel' by Michael Jackson.

Any set from Stevie is likely to be littered with massive hits, but his insistence on performing covers of some of his favourite songs meant that the evening was even more of a success. The crowd stuck around until late into the Alabama evening to hear Wonder run through the Beatles' 'Day Tripper' and moving rendition of John Lennon's 'Imagine' towards the end of his set, the reception Wonder's cover of 'Imagine' in Bible-belt America giving a slight indication of the artist's overwhelming success and wide-spread admiration.

He also performed Parliament's funk classic 'Give Up the Funk (Tear the Roof off the Sucker)' and Bob Marley's 'Is This Love,' but of course the biggest hits of the night were his own. The Motown great performed guaranteed party starters 'Sir Duke,' 'Signed, Sealed, Delivered I'm Yours' and the Paul McCartney duet 'Ebony & Ivory' as well as running through slow burners 'Isn't She Lovely,' 'My Cherie Amour,' and 'I Just Called to Say I Love You,' ebding the night in with a funky, horn-section heavy 10-plus minute rendition of 'Superstition' to bring the night and the weekend to a fitting end. 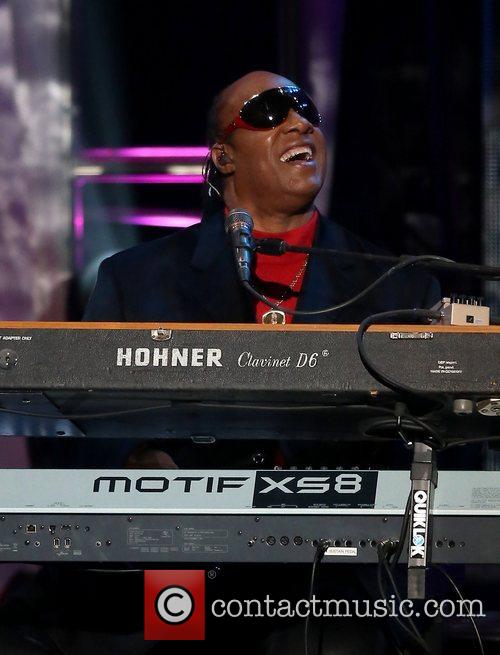 Stevie Wonder is still wowing audience after half a century