Before he began his set, in which he played his 1976 album 'Songs In The Key of Life' in its entirety, he addressed the recent gun and race-related violence in America.

Stevie Wonder has urged his fans to “choose love over hate” in a tribute to the Black Lives Matter campaign, during his massive gig in London’s Hyde Park at the weekend.

The iconic R&B singer addressed the 65,000-strong crowd that had turned out to see him perform on Sunday (July 10th) at the British Summer Time Festival in central London, at the end of a week that had been devastated by deadly race-related violence in America.

Wonder told his fans to live in hope that things will improve “in this horrible time we’re living in”, and to treat everybody with respect. “I encourage you to choose love over hate. It's just that simple. Choose love over hate, right over wrong, kind over meanness. Hope over no hope at all,” he said. 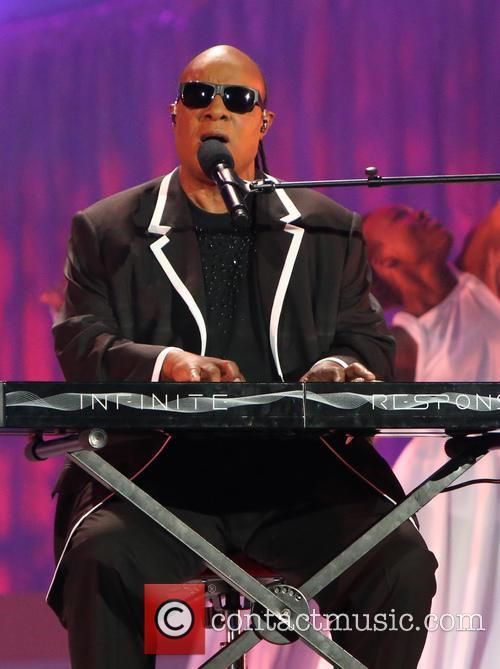 The gig was announced earlier this year, arranged to mark the 40th anniversary of the release of Wonder’s 1976 Grammy-winning double album Songs In The Key of Life. A politically and ecologically aware record that is arguably his most celebrated album ever, Wonder acknowledged that it is still relevant in 2016 – and that this makes him sad.

“The songs and the words that we talk about, those conditions still exist in the world and that hurts my heart,” he told the crowd.

Finally, the singer sent a message to world leaders, telling them to “cut the bull**** and fix it… We were all made in God's image. When you hate someone, you're hating that image. If I'm blind and I can see it, you can see it too.”

Wonder performed after a week in which gun and race-related crime in America stole headlines all over the world, after five police officers were killed by a gunman in Dallas, Texas on Thursday, just days after officers in Baton Rouge shot and killed Alton Sterling on Tuesday and then Philando Castile in Minnesota the next day.

The Dallas incident occurred at the end of an otherwise entirely peaceful rally in support of the Black Lives Matter movement, which has for years sought to highlight the proportion of minorities who are gunned down by police in America. At the end of his speech, Wonder declared his support for the movement.

“All life does matter, but the reason that I say black lives matter is because we are the original people of this world. So in essence, everyone here has some black in you. You've all got some soul in you so stop denying your culture.”