Stevie Nicks' New Album Will Be A Tribute To Late Mum 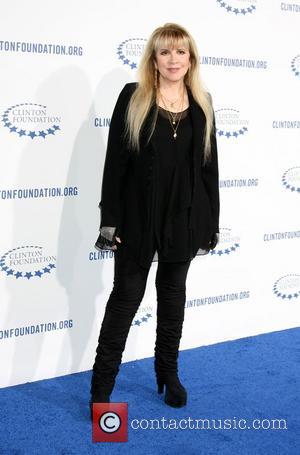 Singer Stevie Nicks is reportedly recording a new solo album as a tribute to her late mother.
Barbara Nicks died in Arizona at the age of 84, with her famous daughter by her side, on 28 December (11).
The Fleetwood Mac star later spoke out about the devastating loss, admitting, "She supported me and all of my dreams. She was the one that made it all possible."
And now the Landslide singer is set to remember her mum by composing a record in her honour, according to the National Enquirer.
A source says, "Stevie always finds something positive in the worst situations, and no one's surprised at her decision to write a tribute album to her mum.
"While sitting at Barbara's bedside, she recalled the tremendous influence her mother had on her life... Stevie has been writing constantly and wants to have the tribute album out by summer."