Stevie Nicks Showed Her Love For Adele During Fleetwood Mac's Concert In London On Wednesday (27may15) By Dedicating Their Classic Track Landslide To The Soul Star. 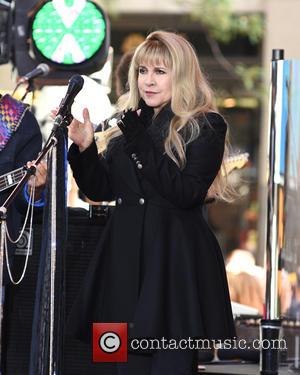 Nicks met with the British singer when the iconic band began a six-gig run at the city's O2 Arena, and in the middle of the show she took time to pay tribute to the Someone Like You hitmaker.

The singer told the crowd, "She's from here - you might know her. She's a fantastic songwriter... I told her, 'You're going to be me in 40 years, you're going to still be up onstage doing what you're doing because of your songwriting.'"

Nicks then led the band into hit song Landslide.

Adele later took to Twitter.com to post a picture of herself with Nicks backstage, and wrote, "So... tonight was THE best night of my life. I love you Stevie Nicks!! The queen of melodies! Thanks for everything."

One Direction star Harry Styles and Florence Welch were also in the audience for the concert.