Quote: "We're here to make him look good, basically." Rocker Steven Van Zandt jokes about the role of the E Street Band as Bruce Springsteen's longtime sidekicks. The musicians were honoured in their own right by the Rock and Roll Hall of Fame museum on Thursday (10Apr14), when they were inducted as part of the Class of 2014.

Fact: Rocker-turned-actor Steven Van Zandt headed to Broadway this week (begs24Mar14) to show his support for his former The Sopranos co-star Vincent Pastore as he performed in Woody Allen's new play, Bullets Over Broadway. The old pals also enjoyed a catch up over dinner after the show.

Quote: "Do I care if people wonder how versatile an actor I am? Maybe one day I'll do Shakespeare in the Park, and we'll see what I can do." Bruce Springsteen's sidekick Steven Van Zandt on his penchant for playing Tv gangsters in The Sopranos and Lilyhammer.

Quote: "We're getting a million viewers a week there, which is, like, 20 per cent of the population. I think they get off living vicariously through my character. He's going around the rules in a way they wish they could - if they were a little less civilised." The Sopranos star Steven Van Zandt on the success of his Tv drama Lilyhammer in Norway, where the series is shot.

Quote: "After you do the Super Bowl, everything else is kind of easy." Rocker Steven Van Zandt insists he and Bruce Springsteen were far from nervous when they opened the Grammy Awards with the E Street Band on Sunday (12Feb12).

Quote: "My first advice would be to hydrate. Drink more water. You do need to drink a lot of water onstage. We also have a substance that we drink during a show that has electrolytes." Bruce Springsteen's sidekick Steven Van Zandt offers advice to touring acts.

Fact: Hit weekly radio programme BREAKFAST WITH THE BEATLES has been snapped up by rocker Steven Van Zandt's satellite radio channel after 25 years on the air. The three-hour show, hosted by Chris Carter, will debut on Little Steven's Underground Garage channel on the Sirius network from Sunday (14Sep08).

Fact: <p>Rocker Steven Van Zandt hasn't touched a drop of beer since he got drunk on Colt 45 as a teenager in high school. The 55-year-old says, "It was just nauseating." </p> 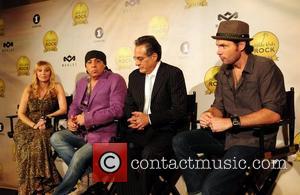 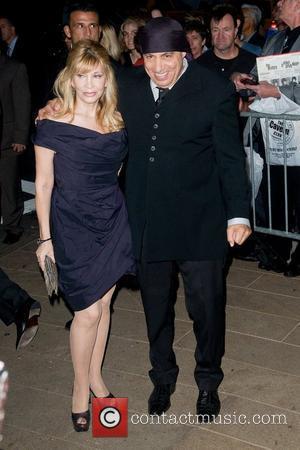