Tyler Was 'Never Rejected For Sex' 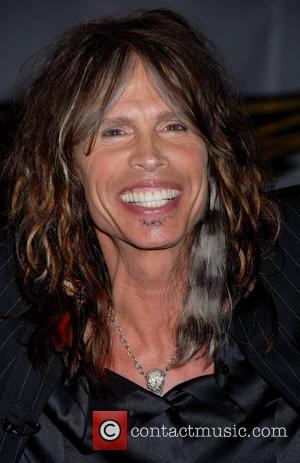 Womanising rocker Steven Tyler was so successful and prolific during his band's 1970s heyday, he was never turned down for sex.
The Aerosmith frontman is one of rock's most legendary lotharios, with a string of celebrity fans and willing groupies among his conquests.
Now 60 and settled with girlfriend Erin Brady, Tyler insists he has retired his Casanova-status - but boasts he was unstoppable in his prime.
When asked in an interview in Elle magazine if he was ever rejected by a woman, Tyler replies, "Never. I'm a persistent motherf**ker. I'm very sensual and very rhythm-oriented and into poetry. Women can feel that."
But Tyler insists he never took his success with women for granted, unlike some of his rivals: "You still think to yourself, 'My God, I can't believe this is happening'. You don't ever take it for granted, unless you're Gene Simmons and so full of yourself."