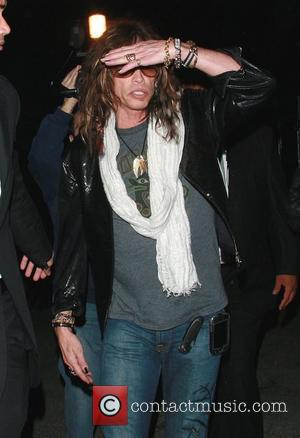 Steven Tyler is considering quitting rock legends Aerosmith, because of the way he is treated by other bandmembers, according to reports. Tyler has been the band's frontman since they formed in 1970 - but a source has told the New York Post the 59-year-old has fallen out with bandmates Joe Perry, Tom Hamilton, Brad Whitford and Joey Kramer. Tipped off by the singer's actress daughter Liv, the source says, "Her dad is going to announce he's leaving Aerosmith soon because he can't take how the rest of the band is treating him. She said they don't appreciate him." Liv Tyler's representative has denied the claims, telling the Post, "Liv never said anything about her father leaving Aerosmith."