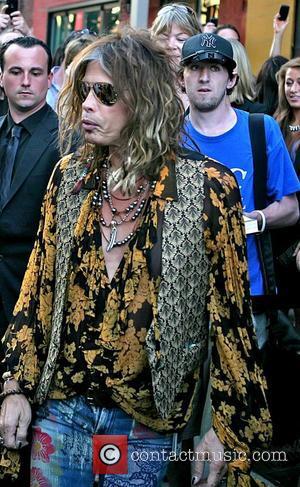 Steven Tyler, frontman of legendary rock band Aerosmith, is in negotiations at the moment, but looks likely to return along with Randy Jackson for season 11 of American Idol. Fellow judge Jennifer Lopez is currently "on the fence" as to whether to come back or not for another season.

Tyler spoke to FoxNews at the House of Blues, the venue of Boston Common magazine's summer bash, where he was asked about the Idol situation and stated "We're in negotiations", and would not comment further. He was also asked about his return to his hometown, "It's always great to be home. I've been away for so long," said Tyler. "You know, we jumped right into writing some songs; we got three already and the band is rockin'. We're working on the album right now," Steven continued, "We go on tour November/December, and we should have the album finished in a couple of months."

Jennifer Lopez was also questioned recently about whether she will stay for another season, "I haven't been forced to make a decision and I'm glad about that because, honestly, I'm very on the fence about it... I had an amazing time doing it and I loved it, but I have a lot of other things happening."
'Does The Noise In My Head Bother You?', Tyler's new autobiography, which candidly details his experiences with Aerosmith, was released on May 11th.