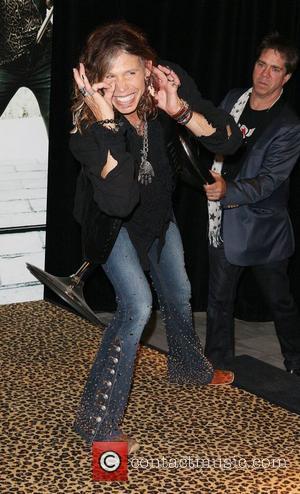 Aerosmith frontman Steven Tyler is determined to make his most recent stint in rehab his last - because his past problems with substance abuse cost him his family and almost his band.
The rocker's 2009 rehab stay was his fifth and he's working hard to stay sober as he makes plans to wed girlfriend Erin Brady following a proposal on Christmas Day (25Dec11).
In an appearance on The Ellen DeGeneres Show in America, he says, "I got all my friends that are sober now... I can't get back into that world. I can stay high onstage and stay high... I mean out here with you right now my hearts pounding... But you never know if it's going to stick. I just keep with my programme, wish and hope.
"I don't want to go back to that place... That place lost me my kids, a marriage, a band... A lot of things and it's for real. That's how dangerous that is. So I take it serious."
The interview will air on Tuesday (17Jan12).