Steven Tyler has become the new face of Andrew Charles and will be featured in a campaign alongside his 22-year-old daughter Chelsea. 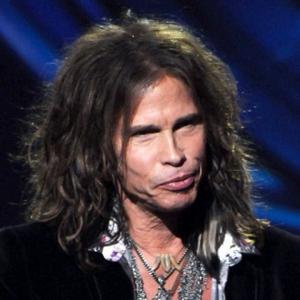 Steven Tyler has become the new face of Andrew Charles.

The Aerosmith rocker and 'American Idol' judge is the inspiration behind The Fashion house's latest collection and will be featured in a campaign alongside his 22-year-old daughter Chelsea.

Andy Hilfiger, - younger brother of designer Tommy Hilfiger and the creative director of Andrew Charles - told WWD: "I grew up on Aerosmith and Steven Tyler. I've always loved his music and his style.

"I really love the whole concept of mixing music and fashion together. To launch it with such an icon such as Steven is amazing."

The collection will be available exclusively in Macy's and the men's range features items like bold-patterned cotton shirts and cotton-and-spandex-coated denim jeans, plus a scarf line called Rock Scarf.

The women's collection - which will be fronted by Chelsea - continues the 70s rock goddess vibe, citing Marianne Faithfull, Stevie Nicks and Anita Pallenberg as inspiration.

A Macy's representative said: "It's a little bit of the older customer, and now the younger customer who knows Steven from 'American Idol'."