Steven Spielberg is working on The Script for a sequel to film 'The Adventures of Tintin: The Secret of the Unicorn'. 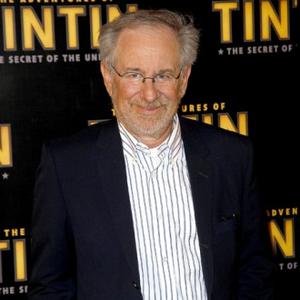 Steven Spielberg is already working on The Script for the second 'Tintin' movie.

The legendary filmmaker directed the first film 'The Adventures of Tintin: The Secret of the Unicorn' starring Jamie Bell, Daniel Craig and Andy Serkis and producer Kathleen Kennedy says she and Steven are busy with the new script and hope to have the movie out by summer 2015 at the latest.

Kathleen told Collider.com: "Oh yeah it is being moved forward, in fact Steven and I were talking about it this morning. We're working on a script right now, we'll see a script probably February or March. If we can do some camera capture this summer, which I think we could do, then we would be on track to have the movie either Christmas 2014 or summer 2015, and so that's what we're looking at right now."

Producer Peter Jackson has previously revealed he plans for a 'Tintin' franchise and has ideas for a second, third and fourth movie.

He said: "One of my favourites is 'The Seven Crystal Balls', so that's the one I've always been thinking of.

"I also really like the Eastern European ones, the Balkan ones like 'King Ottoman's Sceptre' and 'The Calculus Affair'. I think it's a terrific setting for a thriller, the weird Balkan politics and the mysterious secret service agents.

"I think the Moon ones are terrific, but they'd be good for the third or fourth 'Tintin' film, if we get that far. We want to keep his feet on the ground just a little bit longer."