Steven Spielberg has urged George Lucas to get the 'INDIANA JONES 5' script ''organised'' after Karen Allen confirmed the director and Harrison Ford are both keen to make the fifth film. 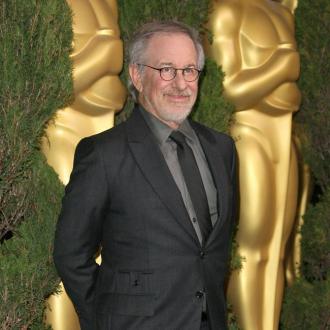 Steven Spielberg has urged George Lucas to get the 'INDIANA JONES 5' script ''organised''.

The Hollywood director - who helmed the first four movies in the franchise - is desperate to make a fifth film and while he's confirmed Harrison Ford is also keen on reprising his role as the titular character, it all depends on George's script.

Karen Allen - who plays Indiana's adventurous love interest Marion Ravenwood in the franchise - confirmed she is interested in starring in 'Indiana Jones 5' and admitted she has been in talks with Steven about the movie becoming a reality.

She said: ''I, in fact, just talked with Steven Spielberg recently - we emailed back and forth, and I said, 'What should I say? I'm doing this publicity, what should I say if people ask me that question?'

''And he said, ''It's in George's [Lucas] hands! I'm game, Harrison's game, and now it's up to George to write the script or to get the script organised, and the story.''

While Karen confirmed Steven is keen to make another 'Indiana Jones' film, she insists the production team only want to make another movie if everyone is happy with the script.