Steven Spielberg is keen to post-convert his classic dinosaur movie 'Jurassic Park' into a 3-D romp. 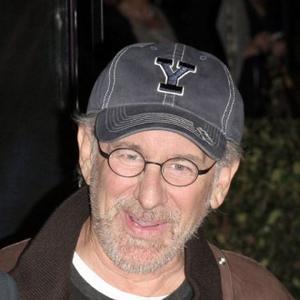 The acclaimed director admits he is a huge fan of the technique in movies - following on from the work of his friend James Cameron on 'Avatar', which became the biggest film of all time after its release - and he would love to turn his dinosaur classic into a 3-D venture.

He told MTV News: "I've always said 'Jurassic Park', the first one, would be really good post-converted in 3-D.

"I think James Cameron has done the greatest 3-D in history with 'Avatar'. I figure James is going to teach all of us a lesson.

"If we follow his precepts, more films will be post-converted, but the only movie I'm interested in post-converting is the first 'Jurassic'."

Steven - who is currently promoting 'War Horse' with Tom Hiddleston - has previously worked on 3-D project 'The Adventures of TinTin', based on the Belgian cartoon of the same name.