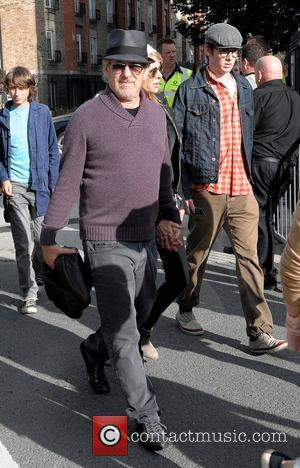 With speculation about forthcoming Star Wars movies reaching boiling point, we think it's time to sit back, take a breath, and ask, "WHAT ABOUT INDIANA JONES?" As has been widely reported, George Lucas has handed over his brainchild LucasFilm to Disney for a cool $4 billion, with the studio giant signalling itself intention to go ahead and make further the Stars Wars saga.

Of course, the sci-fi franchise will be Disney's main priority in terms of what they've got for their money, but they now own the rights to Indiana Jones too, which has pulled in nearly $1.9 million at the domestic box office. Despite scathing reviews, Indiana Jones and the Kingdom of the Crystal Skull still pulled in $786.6 million in 2008, proving demand for the franchise is anything but dead. Disney already had two hugely popular Indiana theme parks, the Indiana Jones Adventure at Disneyland in California and the Indiana Jones Epic Stunt Spectacular at Disney's Hollywood Studios in Orlando. On paper, a new movie appears to be a no-brainer, though things are a little more complicated in reality.

According to Entertainment Weekly, Disney chief Bob Iger said there were "some encumbrances" to monetizing Indiana Jones and Steven Spielberg isn't exactly jumping at the chance to direct adventure-action films at the moment. During a recent interview in promotion of his Lincoln biopic, he explained, "I knew I could do the action in my sleep. At this point in my career, in my life, the action doesn't hold any - it doesn't attract me anymore." Should Lincoln go on to win Golden Globes and Oscars, we could probably rule a new Indiana Jones movie out, straight away.

Producer Frank Marshall has already gone on record as saying Crystal Skull was Indie's "last hurrah", telling Collider.com that despite murmurings of a new movie "there's no idea [for a story]; there's no MacGuffin," and we don't have to remind you that Harrison Ford - who looked pretty old in the last movie - is now 70-years-old. Also, Shia LaBeouf has said he is "done" with big budget movies.

So, we'll just have to wait and see what comes of Indiana Jones' future, though spare a thought for the old adventurer when you're drooling over new Star Wars movies.