He may be 'Above the Law,' but that doesn't mean Steven Seagal isn't considering a career in politics. After admitting that his political ambitions were "kind of a joke" at first, the Under Siege actor has reconsidered his future career and said that he would "remotely consider" running for office in the near-future. 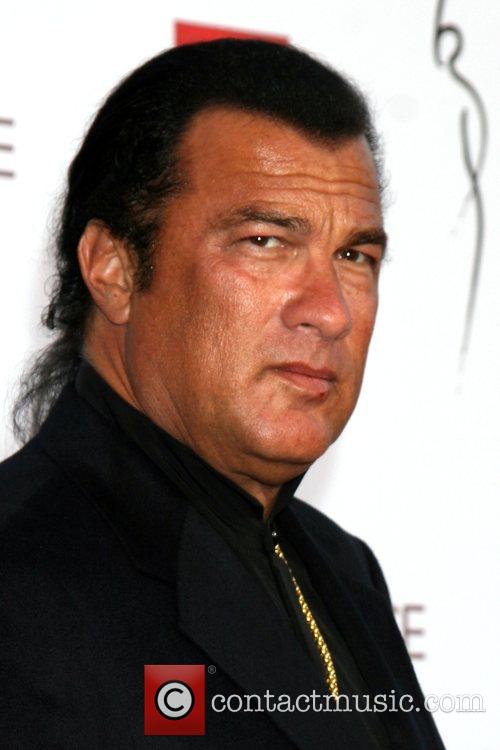 Coming to a polling station near you (if you live in Arizona)?

Best known for his on-screen ass whoppings, Seagal has ventured outside of the movies to realise his ambitions in the past, most notably when he became reserve deputy sheriff of Maricopa County. Some of his time working for the law was chronicled in the reality series Steven Seagal: Lawman and it was during the filming of the series that Seagal claims he first began flirting with the idea of moving into politics. Speaking with a local reporter for KNXV-TV, Seagal discussed his recent musings over a potential career shift, admitting that he could very well enter the running to become the next Governor of Arizona.

Although agreeing with the reporter that a political bid may very well be on the cards, Seagal did not confirm anything and conceded that his rigorous schedule may prevent him from following through with a political run. He said, "Probably I would have a lot more other responsibilities that may be more important to address."

Steven has worked within politics in the past and is no stranger to political participation. A ardent campaigner for the Free Tibet movement and for animal rights, in June last year Seagal was integral to setting up a diplomatic meeting between US and Russian politicians in a terrorist sting. Years earlier, Seagal offered his public support for former Philippines President Gloria Macapagal-Arroyo in 2004.

Seagal is no stranger to political involvement