The BBC have apologised to Doctor Who executive producer Steven Moffat for the disasterous leaking of scripts and footage from the new series earlier this month.

The leak is believed to have originated from a BBC Worldwide office in the US, and delivered a blow to the production team who have worked hard to keep the debut of Peter Capaldi as the Twelfth Doctor under wraps.

In a statement issued on Thursday, BBC Worldwide addressed the matter, stating "the mistake was damaging" but thanking Moffat and the Doctor Who production team for all their hard work in creating the upcoming series. 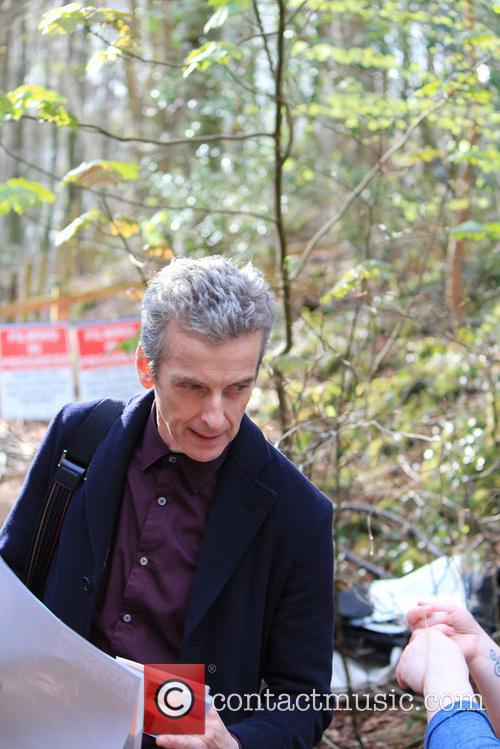 Peter Capaldi, pictured here on the set of Doctor Who, is taking on the role of The Twelfth Doctor

The BBC also showed appreciation to Doctor Who fans for their devotion to the long-running series in their statement, saying "We would like to thank Doctor Who fans everywhere for their amazing efforts in helping us contain the recent leaks."

Many took to social media to voice their dismay at the chaos, with Steven Moffat urging fans to fight temptation to read the scripts or watch the rough footage, instead asking them to wait a little bit longer to see the finished product on television at the end of August.

However, the world doesn't have much longer to wait to see the completed series in its full glory; the first episode of the eight series airs on Saturday August 23rd on BBC One.