Former GUNS N' ROSES Star STEVEN ADLER Fears He'll Be On The Outside Looking In If The Group's Classic Line-up Ever Reforms, Because His Bandmates Refuse To Believe He's Clean And Sober. 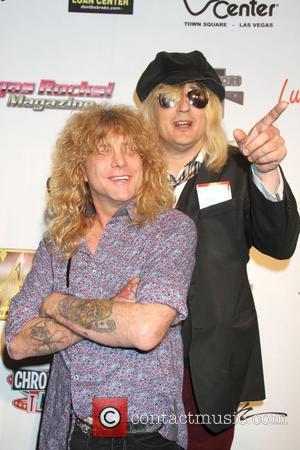 Reunion chatter has spiked in recent months ever since Duff Mckagan rejoined the band for a South American tour last year (14), and now celebrity fans of Axl Rose's group have started urging him to consider an official get together with the bassist and guitar great Slash.

Former drummer Adler is convinced there's some truth to reunion rumours, but he hasn't heard anything official yet - and he fears he won't be invited to the party if plans become a reality.

And he tells heavy rock broadcaster Eddie Trunk it's all because of a Japanese tour with MCKagan's band Loaded a few years ago.

Adler says, "I was still drinking then, and, you know, Duff's sober and he's very judgmental and forgetful of where he came from. And he was just so bummed and p**sed at me... I kind of ruined it and gave him the excuse to be able to say, 'Well, he's not cool and he's not that good'."

The drummer was kicked out of GUNS N' ROSES in 1990 following a series of substance abuse issues, but now he insists he has been sober for over 21 months - and he believes he deserves to be back in the band if a reunion takes place.

"We're all people who have addiction problems," he adds. "I was just able to get a grip on it later on in life than they did... I don't know why, but they forget that at one time in their life, they were doing drugs and drinking and they were f**king up. They forget that they were like that too."

Adler admits he has reached out to Slash, but the two former bandmates have yet to meet up.

"I don't think Slash would tell me (about any reunion plans), because he knows how excited I get and that I would probably say something before I should," the drummer states. "I would be the last one to know."

But he'd hate to see his Guns N' Roses replacement Matt Sorum behind the drum kit, adding, "I would probably feel like I would wanna kill myself, but I wouldn't. I would probably just kill them." 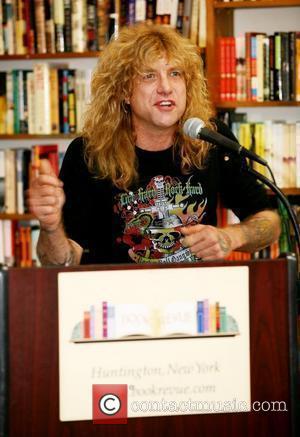