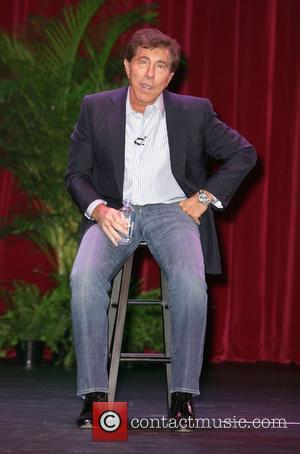 Picture: Steve Wynn Garth Brooks announces that he will come out of retirement to perform a series of special engagements at the Encore Theater at Wynn...

Las Vegas casino boss Steve Wynn has hit GIRLS GONE WILD boss JOE FRANCIS with a slander lawsuit after the porn mogul alleged he threatened to kill him.
During a hearing in April (10) stemming from Francis' failure to pay Wynn a $2 million (£1.25 million) judgement in connection to a gambling debt, the filmmaker told the presiding judge that his life was at risk.
He told the court, "He (Wynn) said he would hit me in the back of the head with a shovel and bury me in the desert."
After hearing the allegations, Wynn requested a restraining order against Francis.
Now, he is taking his battle with the adult moviemaker back to court - he filed a slander suit at Los Angeles Superior Court on Tuesday (01Jun10).
According to TMZ.com, Wynn is suing for unspecified damages.