Veteran Rocker Steve Vai's Guitar Was Stolen At A Concert In Los Angeles Over The Weekend (12-13dec15). 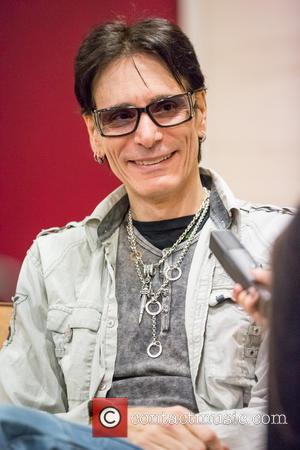 Vai was preparing for a benefit gig for fellow musician Tony MACalpine at the city's Wiltern Theatre on Saturday night (12Dec15), when the instrument was taken from a loading bay outside the venue.

After the theft, a plea was sent out via the star's Facebook.com page asking for fans to help find his prized Ibanez.

"Steve Vai's guitar 'Bo' was stolen earlier today at a loading area outside of The Wiltern Theater in L.A.," the message states.

"It's a mirror Ibanez JEM with blue LED's (sic), a Sustainer system, and a red laser built into the headstock/neck. The forearm contour is also cracked/distressed a bit... If you hear something or think you've seen it, please message this page. Thank you."

The musician, who has worked with acts including Mary J. Blige, Ozzy Osbourne and David Lee Roth, is also a prominent guitar designer, having created a popular seven-string model for instrument manufacturer Ibanez.

Despite the loss of his instrument, Vai went ahead with his performance at the benefit for MACalpine, who is battling colon cancer. Other acts on the bill included Rage Against The Machine's Tom Morello and Dream Theater star Mike Portnoy. 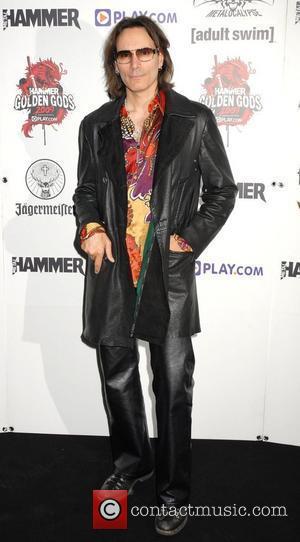