Prankster Steve-O Has Assured Fans None Of His Tour Dates Will Be Cancelled Due To His Upcoming 30-Day Prison Sentence. 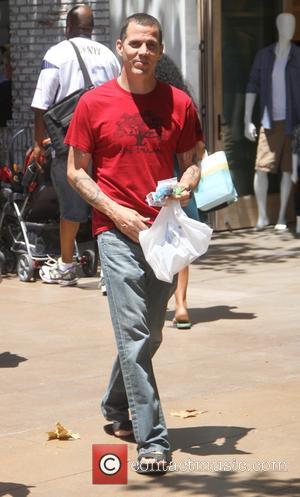 The Jackass star has been sentenced to a month behind bars for scaling a crane in Los Angeles with an inflatable whale and setting off fireworks as part of a protest against SeaWorld in August (15).

Steve-O, real name Stephen Glover, was facing a year in prison over the prank, but struck a deal with prosecutors, agreeing to plead no contest to trespassing and possessing fireworks in exchange for a lighter sentence.

Fans had been worried the prison stint would disrupt his U.S. comedy tour, which includes stops in Florida, Texas and New York, but he plans to continue with the tour as scheduled.

Steve-O reveals he will start his stint behind bars following his December (15) shows in Atlanta, Georgia and return to the stage in Rochester, New York in January (16).

"Just so you know, I'm not cancelling any of my tour dates, they're all still happening," he tweets. "I go to jail once I get home from Atlanta. I booked my tour dates around jail, none of them will be canceled."