'12 Years A Slave' will be hitting 1,000 theatres across the US as the studio bid for one final push at the box office before its DVD release on March 4th. 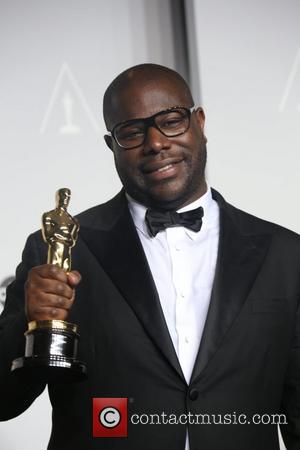 Steve McQueen's Oscar-winning feature film '12 Years A Slave' has been granted an expansion in US theatres.

The aim is try to achieve as much success as possible at the box office, and will therefore be shown in 1,000 theatres across the country.

This move, made by FOX Searchlight, is rather unusual considering the historical-drama is scheduled to be released on DVD this Tuesday (March 4th).

But the studio is hoping there are fans who still want to experience '12 Years A Slave' in a theatrical environment and since it just won an Oscar for Best Picture, there could be a revived interest in the film.

"They will allow some co-habitation in this case," said Searchlight's distribution chief Frank Rodriguez, via The Hollywood Reporter.

With a budget of nearly $20 million, '12 Years' has already surpassed that in domestic ticket sales which currently stands at just over $50 million.

The movie is also finding success at the global box office, as it has netted over $140 million. The movie followed the true story of Solomon Northup (Chiwetel Ejiofor), a free man working as a skilled carpenter and fiddle player in New York. Northup is offered a two-week job as a musician but is drugged and sold into slavery, where he initially works for the relatively benevolent plantation owner William Prince Ford (Benedict Cumberbatch).

However, when the racist carpenter John Tibeats (Paul Dano) begins to resent Northup for his intelligence and nous, Ford sells him to the evil Edwin Epps (Michael Fassbender), who believes he is biblically sanctioned to abuse his slaves.

'12 Years A Slave' earned another two Oscars on Sunday night, Lupita Nyong'o, who played 'Patsy', won the award for Best Supporting Actress, beating Jennifer Lawrence, who many believed to be the favorite.

John Ridley, who was challenged with transforming Solomon's memoirs onto the big-screen, was also prized with Best Adapted Screenplay.

Watch the trailer for '12 Years A Slave' here