Quote: "There has been talk but I think we're going to hop over that and we're going to do three very old men and a woman going through menopause." Actor Ted Danson jokes about rumours he's reuniting with Tom Selleck and Steve Guttenberg for another Three Men And A Baby sequel, titled Three Men and a Bride.

Fact: Broadway play Relatively Speaking is set to close on 29 January (12). The production, composed of three one-act comedies, each written by Ethan Coen, Elaine May and Woody Allen, will have played a total of 153 performances. The show featured Marlo Thomas and Steve Guttenberg.

Fact: Police Academy star Steve Guttenberg arrived in a cop car to receive the 2,455th star on the Hollywood Walk of Fame. His sidewalk plaque was unveiled outside the Police Activities League building on Hollywood Boulevard on Monday (12Dec11).

Fact: Police Academy star Steve Guttenberg is to be honoured with the 2,455th star on the Hollywood Walk of Fame on 12 December (11). The actor will unveil his star outside the Police Activities League building on Hollywood Boulevard.

Quote: "He's one of the five funniest people I know, right up there with Owen Wilson and Dave Matthews... I’m not one who goes for psychotherapy, but if I did, it would be to Steve. He just gets to the core of what’s going on." Woody Harrelson on actor pal Steve Guttenberg.

Quote: "The Gute man has such charm. I’ve seen Steve go up to a girl he wanted to meet who was with her date, strike it up with the girl, and not make the guy angry. That’s a gift." Tom Selleck is impressed with THREE MEN & A BABY co-star Steve Guttenberg's charm.

Fact: Actor Steve Guttenberg is penning a screenplay about a reality television show. 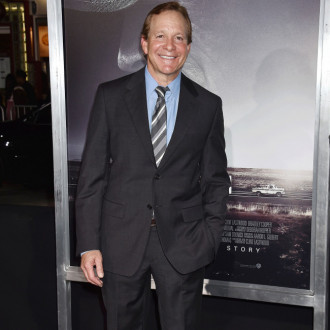