Watch Dynamo's coin trick here (1:53)
Coin tricks are pretty much a close-up magic staple that you'd think we were completely used to by now. However, when Dynamo AKA Steven Frayne performed this trick with Pharrell Williams, it was clear that the rapper hadn't seen anything like it before as the illusionist seemingly made a coin disappear from his hand without touching him. It certainly makes for impressive viewing from the magician who first learnt how to do magic from his grandfather and has since won the Best Entertainment Programme award at the Broadcast Awards twice for his TV show 'Dynamo: Magician Impossible' as well as being highly lauded by The Magic Circle.

There's a reason why David Blaine is hailed as one of the biggest breakthrough street magic artists of our time, and this impossible trick is enough to tell you why. He approaches an unsuspecting couple having a picnic before casually performing an incredible routine with an empty beer can in front of their very eyes. Blaine's magic is definitely some of the sleekest ever seen on television, with his 1997 ABC special 'David Blaine: Street Magic' receiving praise even from the likes of illusionist duo Penn & Teller. He has been interested in magic since the age of four and has famously extended his talent to fearless record-breaking endurance stunts such as being encased in a block of ice for several days and being suspended in a Plexiglas case over the River Thames in London.

Criss Angel: The Cap In The Bottle Trick

Criss Angel performs a mystifying variation of the solid object passing through a solid object type trick that never ceases to baffle audiences in one episode of 'Criss Angel Mindfreak'. His witnesses are left bamboozled after he interrupts their drinking session with his beer bottle trick. Angel's magic show displays various different types of tricks including elaborate versions of standard close-up magic and various mind-reading feats, though he has always stressed that he has not been gifted with any psychic power. In fact, he has had well-publicised disagreements in the past with famous spoon bender Uri Geller over his alleged supernatural abilities.

This is really one of the most mesmerising tricks of Paul Daniels' career, despite the simplicity of its set-up. His vocal distractions and endearing humour really trademarks his style of magic; it's pure showmanship that is the key to his best tricks. The chop cup trick involves a ball and a cup, a lot of fast talking and seemingly impossible speed; it's no wonder that it took him hundreds of performances to get it just right. He may come across as a grumpy old man with a cynicism for modern magicians now, but there's no doubt he truly deserved to be the first foreign recipient of the Hollywood Academy of Magical Arts in 1983 as well as The Magic Circle's The Maskelyne award in 1988.

Okay, so it's not your traditional close-up, street magic type trick but it's worth including for the simple fact that it is just a trick that Penn & Teller performed on BBC One's 'The One Show' rather than an on-stage illusion which would be another method many magicians use in shows but requires a lot of set-up beforehand. This is fairly simple and involves two chairs, a blanket, a wooden board and a willing female participant. Penn & Teller's engaging professional chemistry is charming to watch; Penn tells stories and jokes throughout their performances while Teller seemingly never speaks at all. Penn has previously said that their partnership works so well because they have little in common and rarely socialise.

Transgender magician Fay Presto is definitely one of the most favoured magicians of recent years. Aside from representing individuality and creativity in her general character, her performances are simply remarkable to witness. When she approached a table of revellers at Marco Pierre White's Luciano restaurant in London, she left them utterly gobsmacked after performing a trick with a wine bottle wrapped in napkins and a solid table. She deservedly won the title of The Magic Circle Close-up Magician of the Year 2012 and has previously been named Party Entertainer of the Year by Tatler Magazine.

This trick is proof that sometimes the best magic can be done with the simplest of props, in this case with two rubber bands. Michael Ammar uses immense speed and misdirection to pull this trick off; getting two seemingly locked together rubbed bands to 'melt through each other' right in front of an assistant. It's simple yet skilful routines like this that won Ammar the award for Best Close Up Magic at the World Magic Awards in 1999 as well as the title of Best Close-Up Magician from the Academy of Magical Arts on two occasions.

Watch Michael Kent's ball trick here (0:38)
Michael Kent is further proof that comedy is the ultimate key to engaging an audience when it comes to close-up (or, indeed, any) magic. He refers to himself as a 'smartass' rather than a magician and he certainly is an ingenious performer. Using flawless sleight of hand, Kent baffles a bunch of college students with a handful of foam balls which seemingly don't seem to stop multiplying. Kent has performed at various colleges around the US as well as for US Troops in South Korea and even the prestigious Magic Castle in Hollywood. This is the second year in a row he has also been nominated for Campus Activities Magazine's Entertainer of the Year award.

Here Matthew Garrett performs some classic tricks using a wedding ring and some larger hoops right in front of two very close guests from the audience. They may only be simple party tricks but his charisma and sheer speed truly make it confounding performance. He won the Magic Circle Close-Up Magician of the Year award in 2010 and has performed at the likes of the House of Commons and the Burj Al Arab hotel in the United Arab Emirates. He may be rather unheard of in terms of TV appearances, but he is truly one of the most respected members of the Magic Circle.

We all love a good card trick but this is truly astounding. Here The Magic Circle's 2008 Close-up Magician of the Year Matthew Wright tells the spooky story of the Pendle Witches while bending and tearing up a playing card. As he nears the end of his story, he performs an amazing piece of sleight of hand trickery in full view of the audience. His storytelling style is what makes this guy the most interesting; it builds a rapport with the audience and adds warmth to the mind-boggling mystery.

Magic might not be considered 'cool' these days, but we think the release of 'The Incredible Burt Wonderstone' will spark some interest for this ancient art. After all, there's nothing more captivating than humour and mystery at the same time, even if you're that person who always sits there feigning disinterest and saying, 'I know how that's done', which, let's face it, is probably most of us. 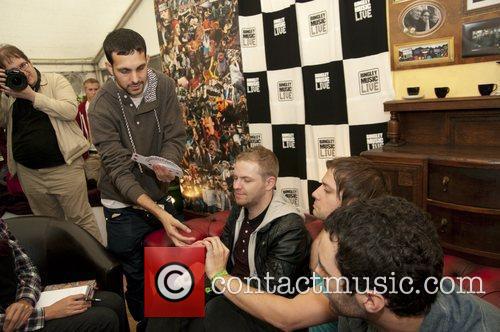 Dynamo performing for The Sunshine Underground 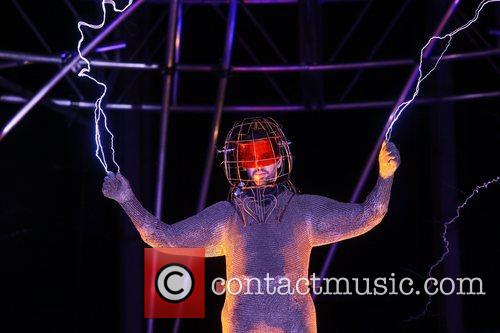