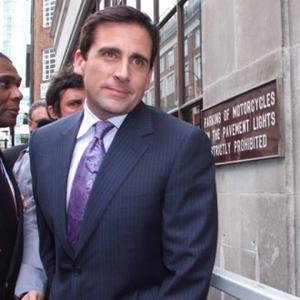 The 48-year-old funnyman is in talks to play a marriage therapist who tries to help a husband and wife rekindle their 31-year relationship in the film, which already has two-time Oscar winner Meryl Streep on board.

While Meryl has signed up to play the wife it is not yet known who will play her husband - though Jeff Bridges has reportedly been considered.

Vanessa Taylor wrote The Script to the movie, which will be produced by Guymon Casady and Todd Black.

The role will signify Steve's move into full time film acting after leaving the US version of 'The Office', in which he played cringe-worthy boss Michael Scott.

His departure from the long-running TV series is marked with a guest appearance from Will Ferrell, whose role as a branch manager runs over four episodes.

Steve will next be seen starring with Ryan Gosling and Julianne Moore in 'Crazy, Stupid Love', written by Dan Fogelman and directed by Glenn Ficarra and John Requa.