George Clooney is old news now that there's a new silver fox in town! Steve Carell seems pretty happy about the internet naming him Hollywood's latest mature heartthrob with his head of sparkling grey hair seriously suiting him. When did he get so handsome? 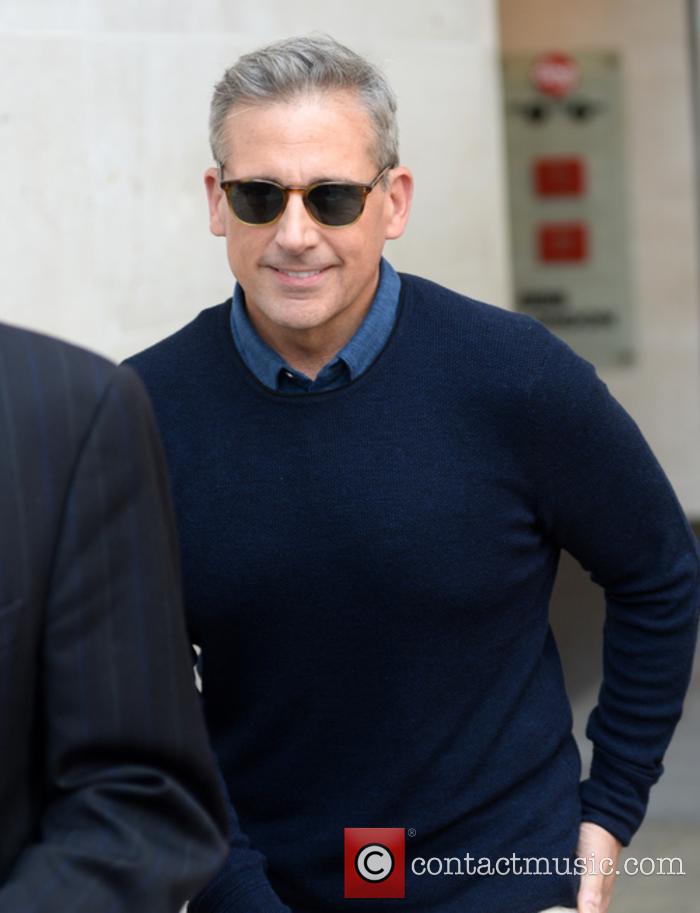 54-year-old Steve Carell has been sporting a new look in recent months - and it's safe to say his female fans are loving it. Some men just absolutely suit going grey and the younger they start, the younger they stay looking by the looks of things. Jimmy Fallon asked Steve if he was in some kind of 'silver fox' club with Anderson Cooper and Andy Cohen on 'The Tonight Show'.

'There's a bracelet you get and mine says 'Steve'', Steve quipped in response. 'And on the other side of the bracelet it says 'Hunk of Man Meat''.

He went on to joke: 'You know what? My wife finally says she's in love with me'. So there you go: handsome AND still hilarious.

It certainly marks a change in attitude from his days on 'The Office', where he was meant to be a cringey, inappropriate, sexually inept and needy paper company regional manager. Naturally that stellar acting took away from his good looks - though not quite as much as his role of John du Pont in 2014's 'Foxcatcher'.

More: Watch the trailer for 'Despicable Me 3'

Of course, this all new sexy Steve leaves us wondering what kind of film roles he'll be picking up in the future. He certainly ticks the boxes for leading man in a romantic comedy now. His next movie to be released though is 'Despicable Me 3', in which he voices Gru. That arrives this weekend (June 30th 2017), and later this year he'll appear in the Billie Jean King biopic 'Battle of the Sexes' and Richard Linklater's forthcoming comedy drama 'Last Flag Flying' with Bryan Cranston.