Anchorman Sequel To Film In 2011

'Anchorman: The Legend of Ron Burgundy' director Adam McKay confirms final plans are in motion to work on a sequel to the 2004 comedy classic. 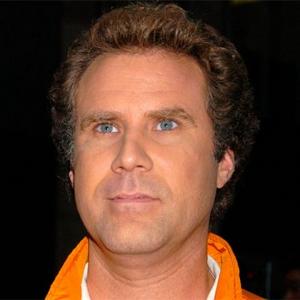 Adam McKay - who directed and wrote 'Anchorman: The Legend of Ron Burgundy' in 2004 - says the stars of the original movie, including Steve Carell, Will Ferrell and Paul Rudd have agreed to work on the project and are even prepared to take pay cuts to do it.

He said: "Graciously, Steve and Paul and everyone agreed to cut their price to come and do the sequel, which you don't see very often in Hollywood - and cut their price substantially. But even with that, it's just a budgetary thing with Paramount in terms of how much they'll give us to make it.

"We had an idea and we contacted Steve and Paul and David Koechner and Christina Applegate and checked in with everyone and they were all game for it. The stage we're at now is talking to Paramount and trying to get the money to do it."

McKay confirms the shoot could take place early next year, and a rough storyline has now been created.

He told MTV Movie Blog: "The '80s angle is more the frame of it. We have this other, bigger, crazier idea that's really more what it's about, which I can't say. Our thinking was there's just no way the second one is going to be as good as the first, because the first one is the first one.

"So our idea is if we're going to do a second one, we better go for it and try some insane stuff and we'll be enjoying it and that way it can't be half bad."

'Anchorman: The Legend of Ron Burgundy' made $90 million worldwide when it was released in 2004 - although 95 per cent of the figure came from the US box office.