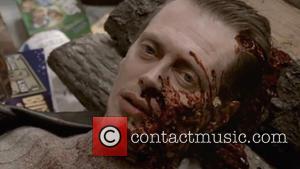 Actor Steve Buscemi has registered himself as a potential bone marrow donor after attending a special charity drive in his native Brooklyn, New York in a bid to save a two-year-old boy's life.

Owen Hogan was diagnosed with potentially fatal blood disorder aplastic anemia in May (13) and he is in desperate need of a bone marrow transplant to survive.

His father, firefighter Tim Hogan, staged a bone marrow drive with officials from the Friends of Firefighters charity in the Red Hook neighbourhood on Tuesday (19Nov13) to encourage locals to get tested to determine if they could be a possible donor for his kid.

Buscemi, a former firefighter himself, heard about the event and decided to stop by to show his support for the cause.

Speaking at the drive, the Boardwalk Empire star told NBC News, "Firefighters are not good at asking for help. You know, they're used to helping others so that's what I love about this organisation, Friends of Firefighters, because they actively seek out the families that are in need."